Symptoms include struggling to build blocks or tie shoes 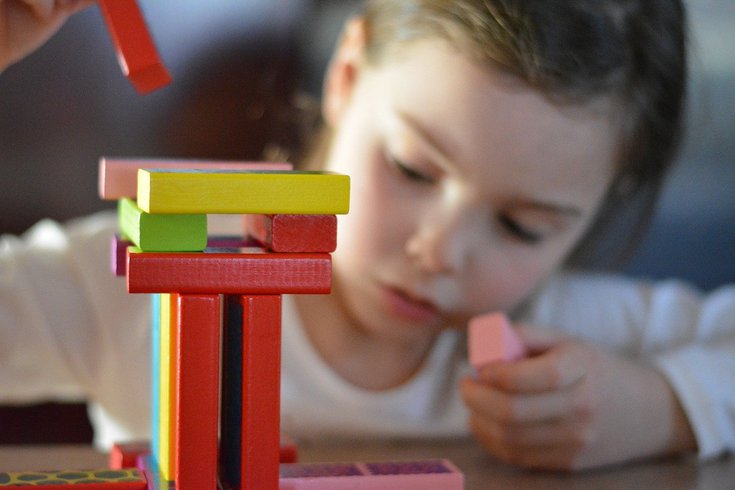 People with NVLD struggle to identify exactly where objects and people are located in the spaces around them. Children may have trouble building Legos or tying their shoes.

NVLD often is mischaracterized as a speech difficulty due to its name. They generally have a strong verbal skills.Instead, they struggle with math, executive function and fine motor and social skills.

"Children with this disorder might shy away from doing jigsaw puzzles or playing with Legos," said Amy E. Margolis, a medical psychology professor at Columbia University. "They may have trouble tying their shoes, using scissors or learning routes or schedules."

NVLD was first described in 1967, but it is not listed in the current edition of the American Psychiatric Association's Diagnostic and Statistical Manual of Mental Disorders. There is still little consensus on how to diagnose it, and there aren't any treatments for it either.

Most parents probably haven't even heard of NVLD, Margolis said.

"Most parents recognize that a child who isn't talking by age two should be evaluated for a learning disorder," she said. "But no one thinks twice about kids who have problems with visual-spatial tasks."

Nearly 3 million children in the United States have NVLD according to a recent study conducted by Margolis and her colleagues at Columbia University Irving Medical Center.

Researchers analyzed three independent samples of children, aged 6 to 19, in the U.S. and Canada. Overall, 2,596 children were included.

A child was considered to have NVLD if he or she had a deficit in spatial reasoning and had an impairment in two of the following four domains: fine motor skills, math calculation, social skills and visual executive functioning – a response to visual cues.

Three to four percent of the children in each sample met the criteria for NVLD, which translated to about 2.2 to 2.9 million children, according to Katherine Keyes, an epidemiology professor at Columbia. Many of these children had been diagnosed with attention deficit/hyperactivity disorder or anxiety disorder.

"While there is some overlap in symptoms between the two disorders, it's important to distinguish between them so we can begin to develop interventions for NVLD," Margolis said.

WHAT ARE THE SIGNS?

How can parents tell whether their child has a visual-spatial learning disorder?

Having poor spatial skills but strong language skills is a main feature of NVLD, according to The NVLD Project, which raises awareness and supports educational and research programs on the disorder.

Children with NVLD often have difficulties understanding the main ideas of a story or film. They can have poor handwriting skills and poor fine motor skills, like those needed to use utensils and tools. They also can struggle to establish meaningful friendships despite a desire to do so.

Adults with NVLD may be accused of being "too literal" all the time. They may have trouble reading maps, planning events in their head and even driving a car. Some also may experience anxiety in new situations.

The Columbia University researchers plan on submitting an application to the American Psychiatric Association to include NVLD in the next edition of the DSM. But they will do so using a new name, developmental visual spatial disorder.

Parents who believe their child is exhibiting NVLD symptoms are encouraged to schedule an evaluation with a psychologist or learning specialist.

There is no formal treatment plan for NVLD, but experts say early intervention – including counseling and extra support at school and at home – is beneficial. More resources are available at The NVLD Project.