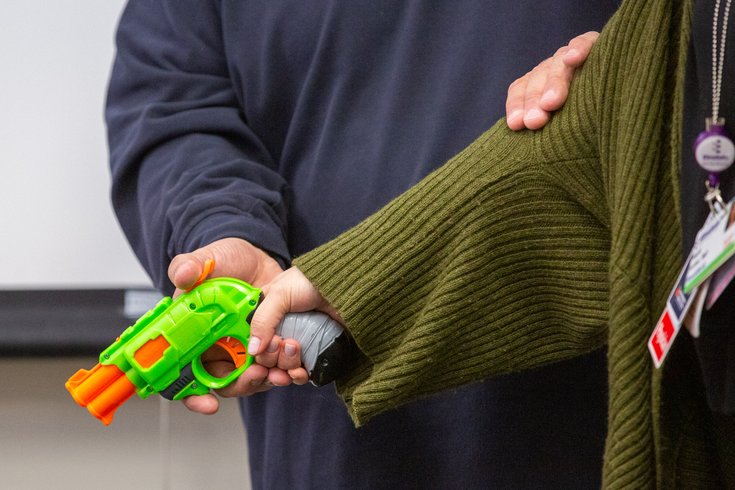 The session – attended by nearly 30 staffers, residents and medical students – was designed to empower Einstein pediatricians to provide gun safety advice to the families whose children they treat.

The session was scheduled before the NRA instructed physicians to "stay in their lane" regarding gun laws in early November, prompting a social media backlash from health care providers. Using #ThisIsOurLane, countless emergency room surgeons responded by posting pictures of their blood-soaked scrubs on social media.

"I think personally, it was just very hurtful to feel that you don't deserve to have a voice in this conversation, or that we're perceived as self-important, that doctors don't seek opinions from other sources," said Dr. Kelly Bradley-Dodds, Einstein's associate program director of pediatric residency.

Bradley-Dodds helped arrange the gun safety session after a six-year-old girl was admitted to Einstein with a self-inflicted gunshot wound earlier this fall. Such cases are not uncommon and it prompted an ER doctor to ask whether pediatricians discuss gun safety with families.

They do, Bradley-Dodds said. Staffers routinely discuss a range of safety topics with families. But she said many pediatricians were interested in hearing more on the subject, as most of them are not gun owners and discussing gun safety can sometimes be challenging.

"It can feel a little awkward," Bradley-Dodds said. "People say 'no' to having firearms in the home a lot more often than 'yes.' That doesn't match with the CDC's statistics. That makes me think that people don't feel comfortable talking about it with us – which was part of what I wanted to get from Jose." 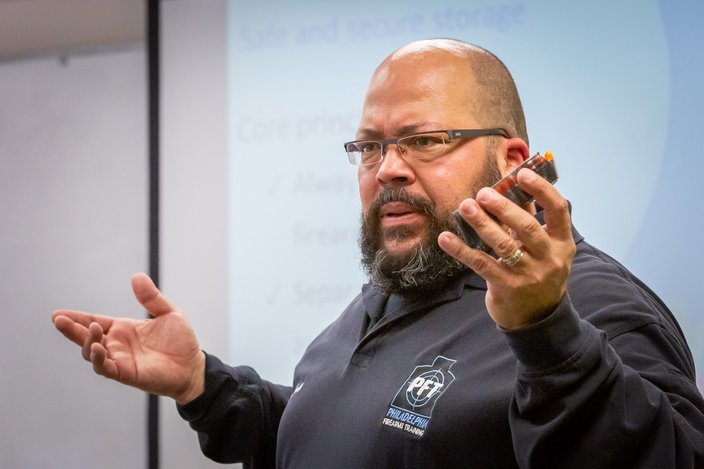 Morales, whose wife is a doctor at Einstein, put together a so-called "Physicians Guide to Gun Safety." Over 35 minutes, he discussed the responsibilities of gun owners and safety protocols for protecting children.

When talking with families, Morales suggested physicians focus more on safety-related issues and less on the firearm itself. He instructed them to urge parents that the safety of their children is at stake.

For instance, parents need to secure firearms and store ammunition elsewhere, Morales said. They also need to inquire about firearms when their children visit a friend's house.

"A lot of times they think they know. ... but they don't really know," Morales said. "They've never seen someone blown open because of gunshot. Or they've never seen a hand or the corpse of a child.

"You have to have tough conversations about that. We have to link (parents') irresponsibility to this result. This is the intermediary step to keep that from happening. We can't have sterilized conversations."

Morales also suggested physicians have gun locks available, particularly for people who may not be able to afford them.