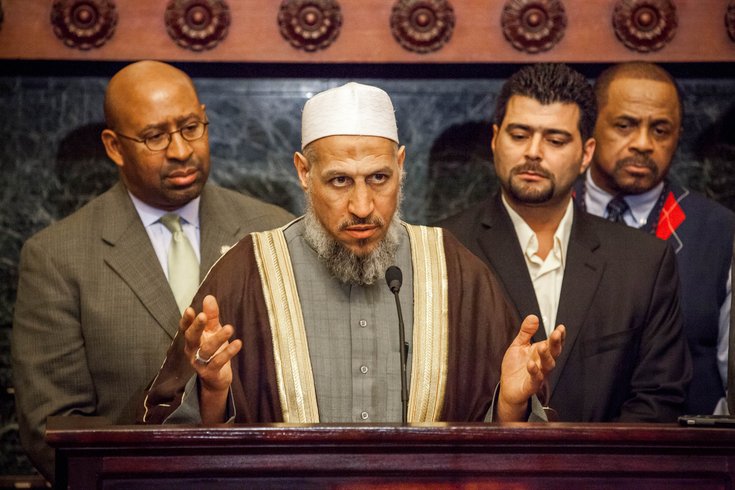 Mayor Michael Nutter did not mince words when he spoke Tuesday at City Hall on Donald Trump's campaign proposal to not allow Muslims into America.

During a meeting held at City Hall, Nutter joined interfaith leaders from throughout the city as well as Mayor-elect Jim Kenney and several members of City Council. Nutter said Philadelphia is a city "founded on principles of religious tolerance," and there was no room here for hateful attitudes shared by Trump, who said Monday that, if elected, he'd keep Muslims from coming to America.

"He's taken a page from the playbook of Hitler," Nutter said.

Nutter said that by demonizing one segment of the population and suggesting the United States should keep Muslims from entering the country is tantamount to "fear mongering we haven't seen since the 1930s and '40s." 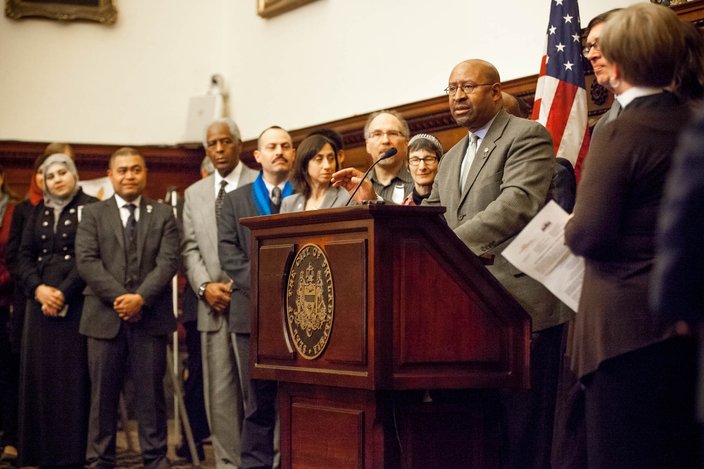 During the event, Nutter also called out the actors of the recent vandalism to a Kensington mosque, where a pig's head was thrown from a moving car.

On Tuesday, Nutter's office announced a $2,000 reward for any information that can lead to an arrest in that incident. Police say surveillance video showed a red pickup truck was involved in the incident.

Police Commissioner Charles Ramsey also addressed that incident, saying that for some time, police have kept a watchful eye on religious institutions throughout the city in case of any criminal acts, especially during the holiday season.

"We are going to monitor, to ensure that we don't have any other incident occur," Ramsey said.

Imam Mohamed Shehata of the Al Aqsa Islamic Society at 1501 Germantown Ave., the mosque that was the target of Sunday night's incident, took a moment to speak on the peaceful nature of Islam and of Muslims coming together with individuals of all religions in a peaceful community.

"We live in the same country, regardless of differences in religion or race," said Shehata.

Marwan Kreidie, executive director of the city's Arab American Development Corporation, which is also part of the Al Aqsa Islamic Society, said that the individuals who left the pig's head on the mosque's property weren't just acting in a bigoted way – they were also falling into the hands of ISIS.

"They were doing exactly what they wanted them to," Kreidie said. "We can't let the extremists win."

Kreidie then made a plea to members of Pennsylvania's Republican Party, who plan to have Trump speak at a party fundraising event Friday in New York City.

"You cannot have him here," Kreidie said. "It's un-Pennsylvanian, it's un-American."

Kenney joined Tuesday's event to say that it is America's job to protect immigrants from being abused or intimidated by threats outside of the country, and not turn away immigrants, as Trump has suggested.

He also took a moment to apologize to members of Philadelphia's Muslim community for the hateful actions at the Al Aqsa Islamic Society.

"I apologize on behalf of all of us for what happened," he said.

As the event wound down, Nutter rekindled his ire for Trump, claiming Trump is not only walking a line toward Nazism but also saying the presidential candidate's hateful words put Americans at risk at home and abroad.