The group has until 2 p.m. on Saturday to de-camp 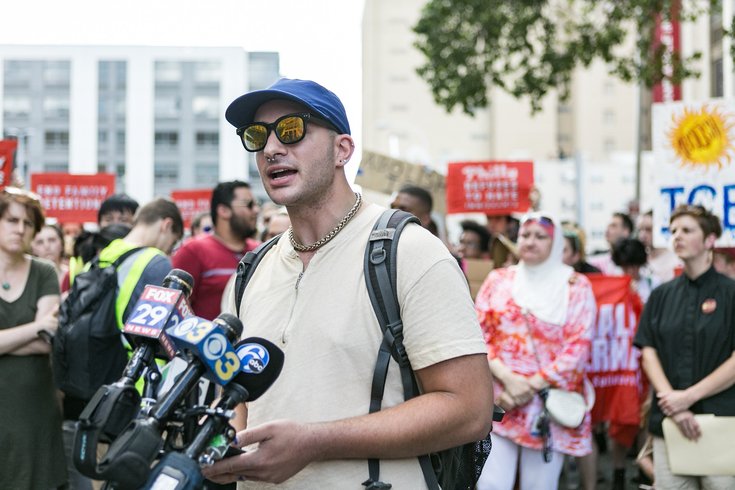 Following yesterday’s news from Philadelphia Mayor Jim Kenney that the city will discontinue U.S. Immigration and Customs Enforcement access to its real-time arrest database, the group of protestors that have been encamped at City Hall is leaving.

The encampment began at the Philadelphia ICE offices on July 2, and migrated to City Hall a week later after a police raid destroyed the camp.

In a statement from #OccupyICEPHL organizer Deborah Rose, the group called the city’s decision not to renew the PARS agreement “a major victory for our occupation and for reducing the state-sanctioned violence against Philadelphia's immigrant communities.”

Earlier this month, police raided the group’s initial encampment at the Philadelphia ICE headquarters and made seven arrests.

The #OccupyICEPHL statement said the group would comply with Kenney’s request for the group to leave City Hall in order to avoid a similar clash unfolding on Saturday.

“Our decision to leave City Hall was reached to ensure our most vulnerable comrades are not placed at risk of police violence,” the statement said.