Is it finally time for a federal Office of Men's Health?

The Office of Women's Health has played a major role in improving outcomes since 1991. But efforts to establish a similar office for males has failed repeatedly 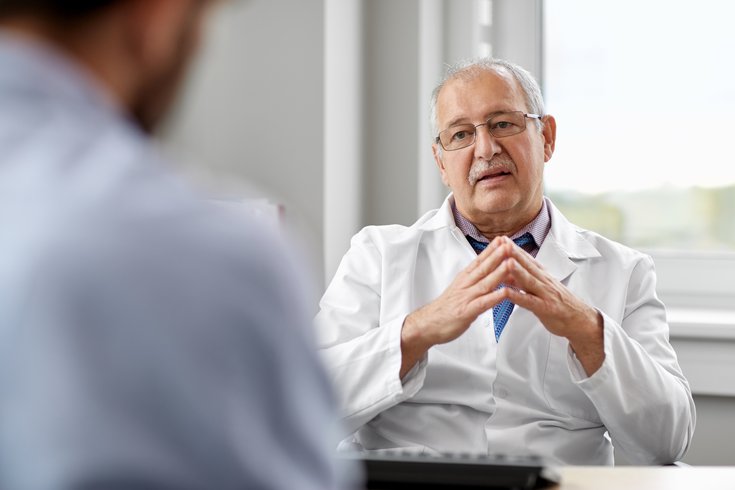 Men are notorious for neglecting their health. A federal Office of Men's Health – similar to the one already established for women – could change the dialogue and encourage men to invest in their personal well-being.

With the presidential campaign fresh in our minds, and America’s focus on public policy still fledgling, I will seize an opportunity to plant the seeds for another campaign.

It's one that has failed for decades, but should be far less cantankerous, with bipartisan rewards and relatively minimal public investment. A campaign aimed at reversing the dismal track record of men on health outcomes, and eventually moving them on par with women. A movement to overcome the barriers that have existed since the beginning of time. A crusade to change the culture of men’s health by taking a page out of the women’s health playbook by establishing an entity that can confront the longstanding challenges to the well-being of men and boys of all ages. The creation of a federal Office of Men’s Health.

When it comes to prevention and early detection, the National Center on Health, Physical Activity and Disability says that men's health often takes a back seat to women's health. Compared to women, men are more likely to smoke and drink alcohol and generally lead less healthy lifestyles. In addition, men are more likely to put off routine checkups and also delay seeing a health care provider for symptoms of a health problem. Compared to working-age women, working-age men are less likely to have a regular doctor and health insurance.

According to Fierce Healthcare, societal attitudes teach men and boys that seeking out medical care is a sign of weakness, often leading men to put off or ignore preventative care. Risk-taking at younger ages and other cultural attitudes that discourage healthy behavior can feed into unhealthy habits such as poor diet and alcohol or substance abuse. Such findings prompted the Harvard Medical School to declare that when it comes to health, men are the weaker sex.

Women are far superior to men regarding healthy behavior. On average, they live about five years longer, and are less afflicted by chronic disease. Women are more likely to see a doctor and attend to their physical condition.

No surprise that with this predisposition for positive practices, women would advocate for themselves and leverage the resources of nothing less than the federal government to help promote healthy behavior. Since 1991 The Office on Women's Health within the U.S. Department of Health and Human Services has coordinated women's health efforts and addressed critical issues by informing and advancing policies, educating health care professionals and consumers, and supporting innovative programs.

Yet, despite their worsening mental and physical health, there is not a single federal office devoted soley to men’s health. Yes, there is a Congressional Men’s Health Caucus whose Co-Chairman is North Jersey Congressman Donald Payne, Jr., and the Men’s Health Caucus of the American Public Health Association. These efforts have done much to advance awareness of issues concerning men’s health. Private non-profit organizations also have contributed to the effort.

The Men’s Health Network was created to address the growing men's health crisis, and is best known for its promotion of Men’s Health Month in June, built around Father's Day. The Movember Foundation, which advocates for the growing of mustaches in the month of November to bring awareness to men’s cancer and other diseases, funds groundbreaking projects all over the world, engaging men where they are to understand what works best and accelerate change in what they also cite as a men's health crisis.

However, none of these efforts have generated the broad public engagement of women's health as we see, for example, each fall when the National Football League wears pink to draw awareness to women's health and breast cancer. Men's health has simply not permeated our culture and generated the institutional attention seen with women.

As reported in the National Journal of Men’ Health, surveys of state-level health resources conducted by the Men's Health Network, show a significant disparity in terms of resources and information for men and boys, compared to those available for women and girls. MHN observed that most of the health information intended for men and boys was included under a women’s health website. As a result, the target audience (men and boys) seeking health information or resources may be discouraged from engaging with appropriate health care providers on their specific concerns because pertinent information is difficult to reach.

What would an Office of Men’s Health do?

While there have been a number of bills introduced in Congress over the years to create an Office of Men’s Health with no success, functionally, most have mirrored the Office of Women’s Health with a focus on education, research, advocacy, screening and targeted messaging.

Advocates suggest that such an office would establish a single, coordinated effort that would utilize resources within the U.S. Department of Health and Human Services to coordinate services with other federal agencies, state and local health departments and community organizations.

It also would partner with the private sector on various initiatives and work to change the dialogue on men's health and encourage men to invest in their personal well-being. Supporters cite increased screenings and the reduction in women's breast cancer rates as a measure of what could be achieved for men.

Clearly, we all want a break from politics. So, when the dust settles, as eventually it will, think about the dire state of men's health, the statistics and the comparisons with women. As a man, or someone who loves a man, consider what’s at stake: your longevity, your quality of life and your relationships with loved ones. With 40-plus years in management, I know that culture beats strategy every day, and changing culture is a long-term proposition that requires sustained messaging. Think about the smoking cessation programs implemented years ago. Remember, how smoking was so cool? No more. Cultural change is possible.

So, if you believe that the men in your life are worth the effort, here are three ways to jump start your own personal campaign for an Office of Men’s Health.

First, use the points here to create an "elevator speech" so you can hone your message. Second, call your Congressional representative, or their staff, and explain why America needs an office devoted to men’s health. Third, make the same pitch to your state, county or even municipal officials. They can both advocate for you to Congress and, just maybe consider some state and local initiatives. It’s a campaign worth taking on.