A gray divorce may improve your health, but there are many factors to consider 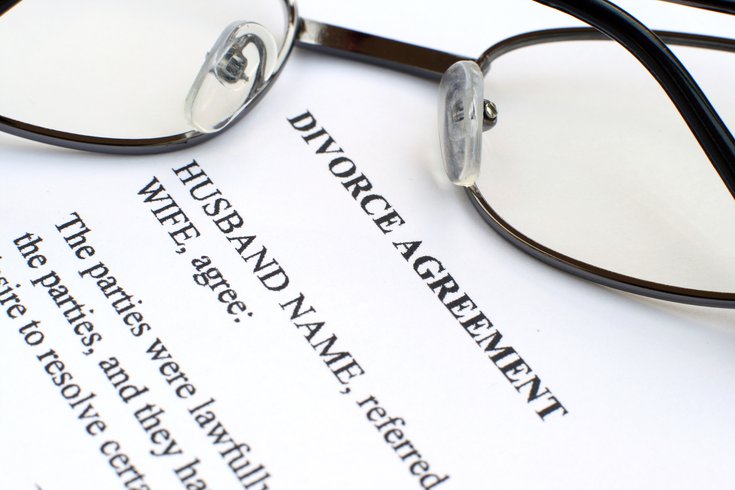 The divorce rate among U.S. adults ages 50 and older has roughly doubled since the 1990s. For those 65 and older, it has tripled.

Relationships. They are the fuel that powers a man’s health and happiness. Studies have documented their benefits. Purpose, drive and positive behaviors all flow from their psychosocial dimensions.

Consequently, relationships have been a recurring theme in my discussion of 50-plus men’s health — how to foster them, strategies to expand them and techniques to maximize their value. With such a central role in a man’s pursuit of a healthy lifestyle, it is astonishing to see a trend among older adults moving in the opposite direction.

A phenomenon that runs counterintuitive to all the positivity I just recited, but examined more closely, may be a graphic example of the desire for happiness at any age. Either way, so-called gray divorce is very much a major factor in the contemporary culture of mature adults.

Pew attributes the climbing rates, in part, to the aging baby boomers who have become unsatisfied and seek to pursue their own interests and independence for the remaining years of their lives.

A big factor behind this trend is longevity, says sociologist Pepper Schwartz. She notes that half a century ago, an unhappy couple in their mid-60s might have stayed together because they thought it wasn't worth divorcing if they had only a few years left to live.

Now, 65-year-olds can easily envision at least 20 more active years — and they don't want them to be loveless, or full of frustration or disappointment. Schwartz says boomers gave up on the concept of the dutiful-but-unhappy spouse a long time ago.

Positive relationships have benefits, but it is important to recognize that poor or stressful relationships, carry a downside. The National Center for Biotechnology cites sociological research showing that marital strain erodes physical health, and that the negative effect of marital strain on health becomes greater with advancing age.

NCBI reports that stress contributes to psychological distress and physiological reactions such as increased heart rate and blood pressure that can damage health through cumulative wear and tear on physiological systems. This can lead to unhealthy coping behaviors such as food consumption, heavy drinking and smoking.

In another report that presents the outcomes of gray divorce and some interesting gender differences, the NCBI indicates that roughly one-third of baby boomers are currently unmarried. Among adults 65 and older, a majority is unmarried.

That said, NCBI reports that more than 25% of older single men were in a dating relationship, compared with less than 10% of single older women. They attribute this to older men enjoying a larger pool of potential dating partners than women, reflecting gender differences in life expectancy and norms prescribing that men should date younger women. The researchers found that men tend to be more interested than women in formalizing these relationships through marriage.

So, what does this all mean? Does the trend of gray divorce represent a stamp of approval for those over 50 who are contemplating a split from their partner? The numbers certainly offer a sense of comfort that others are acting on their feelings. Or, is this just the last hurrah of a bunch of self-centered boomers who can’t commit to the sacrifice required in a relationship?

Clearly, each situation is different, but here are some tips for both those evaluating their relationship and men who have made the decision to move on.

Dr. Anthony Rostain, my colleague at Cooper University Health Care and the chairman of the department of psychiatry, offers the following thoughts for those assessing their relationships.

• Discontent: Identifying the sources of discontent is critical in determining your ability to salvage the relationship. Have you pinpointed these factors and tried to address them with your partner?

• New Experiences: Have you tried new experiences that have the potential to rekindle the flames that originally brought you together?

For those 50-plus men who have decided to move on, experts offer this advice on some of the most important factors men need to keep in mind.

• Consider the kids: Just because your kids may be grown and living outside the house doesn’t mean they are not affected. The Good Man Project says that it is often the older children who have a more difficult time compared to their younger siblings. In their eyes, it may all just be "too weird." Talk to your children and consider their feelings.

• Finances: According to the American Academy of Actuaries, a mid- to later-life split can shatter retirement plans. There’s less time to recoup losses, pay off debt, and weather stock market gyrations. Also, you may be approaching the end of your peak earning years, so there’s less of a chance of making up financial shortfalls with a steady salary.

Among individuals of all ages, legal experts indicate that women initiate 70% of the divorces, so men are often on the receiving end of the divorce decision. Regardless, it is never an easy process and takes on particular significance as we mature. Still, the data show it’s a choice that adults are making in record numbers.

My journey to gray divorce began with an interest in health behaviors of men over 50. From that perspective, if a divorce frees a man from stress and unhappiness, then it is probably good for his health. If divorce creates a gap in the companionship that motivates positive behaviors or triggers unhealthy practices, then it could negatively impact a man’s health.

All in, with such a strong link between health and happiness, the impact of a divorce on your ability to maintain a healthy lifestyle is certainly worth due consideration.