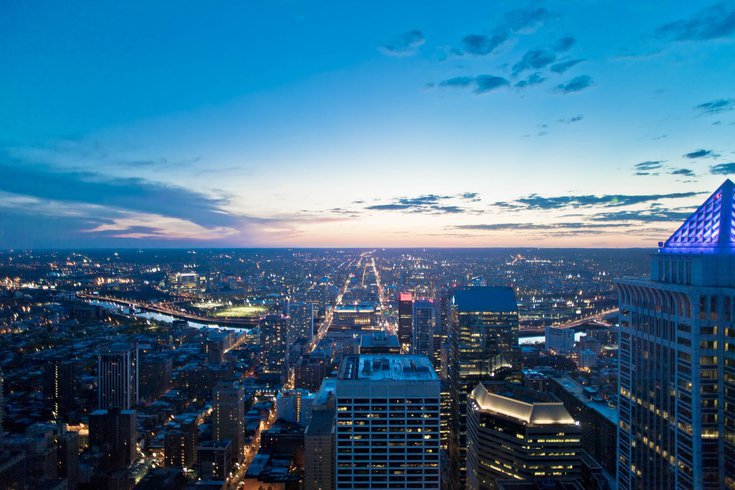 One Liberty Observation Deck has closed permanently after five years. The attraction on the 57th floor of One Liberty Place in Center City was Philadelphia's highest-elevated observation deck open to the public.

One of Philadelphia's most breathtaking destinations, a view from the 57th floor of One Liberty Place, has suspended operations as a result of the coronavirus pandemic.

One Liberty Observation Deck announced the unfortunate news in a statement on Tuesday night.

Posted by One Liberty Philadelphia on Tuesday, September 15, 2020

"The drastic decrease of day trippers, group tour bookings and overseas tourists due to the COVID-19 pandemic led us to this difficult decision," the statement read.

Late Tuesday night, a spokesperson for One Liberty Observation Deck told PhillyVoice that the closure may not be permanent and that there is hope for better news in the future.

Led by French tourist management company M56, the observation area opened in 2015, becoming the hightest-elevated lookout in Philadelphia. One Liberty offered a panoramic view of the city from 883 feet above street level, with floor-to-ceiling windows wrapping around the iconic skyscraper.

In addition to the stunning views, One Liberty Philadelphia included a gift shop, exhibits and interactive kiosks to zoom in on various city landmarks. It also hosted classes and seasonal events.

The closure comes just a few months after popular high-rise restaurant R2L, located on the 37th floor of Two Liberty Place, shut down for good.

One Liberty Philadelphia has pledged to honor refunds for all previously purchased tickets. More information about refunds can be found at their website.