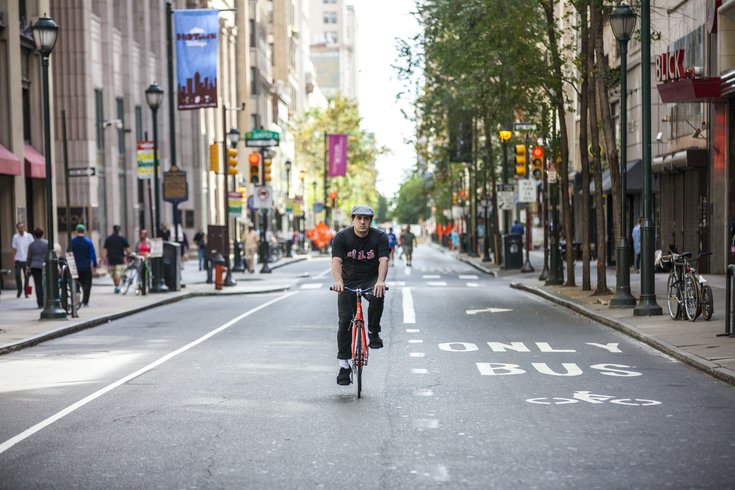 Pope Francis' visit to Philadelphia last fall had its pros and cons; millions flocked to the city, which was put on display for the world to see, while some business owners felt they got the short stick and some felt security measures created the atmosphere of a police state.

One lasting effect was the itching desire to recreate the car-less Center City, implemented to accommodate waves of pilgrims coming to see the pontiff.

Open Streets PHL is not done scratching that itch. The nonprofit is stepping up efforts to section off dates when certain streets are closed to vehicular traffic, opening up parts of the city as a giant urban playground.

In a recent video, Open Streets said its working with city officials to "plan, promote and study what is sure to become one of Philly's coolest events." You can watch the video below. (h/t Philebrity)

Open Streets has also launched an online fundraising campaign. The money will go toward advocating, organizing community leaders, planning and studying how such an event would impact the quality of life, transportation and the environment.

As of Friday morning, the campaign — aiming for $10,000 — had a little under $2,000 in donations. Through Friday, one supporter is willing to match all donations up to $1,500, according to Open Streets' Facebook page.

After Pope Francis' visit last year, then-Mayor Michael Nutter responded to the swelling support for such an event by endorsing the idea and taking a survey for a possible Open Streets event later that fall (it never happened).

While the recent sunshine may have residents dreaming of a summer Saturday unbound by sidewalks and bike lanes, the event will likely come sometime in the autumn months of 2016.

A spokesperson for Mayor Jim Kenney told PhillyMag in April they're shooting for an Open Streets event in September/October.