Oversized cellar beneath colonial tavern is a history mystery

Haddonfield tavern once held prisoners in dungeon-like basement. It's off-limits to the public today. 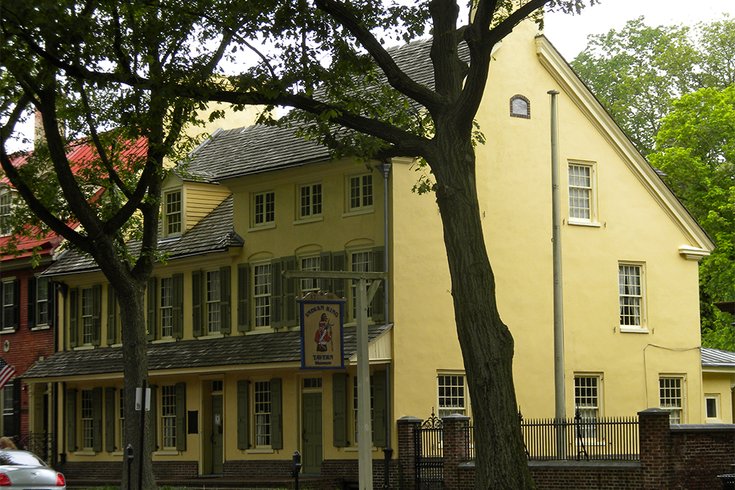 The government of New Jersey shed its colony status for sovereign statehood at The Indian King tavern in Haddonfield. The oversize cellar beneath the Colonial-era building is closed to the public.

Haddonfield’s Indian King Tavern is no secret. It's where New Jersey shed colony status and voted to become a state and adopted its Great Seal.

But what lies beneath – a pitch black, cavern-like chamber filled with a dank smell and moist and slimy walls – remains mysterious, and the stuff of lore.

The chamber extends beyond the footprint of the Georgian Colonial building, which dates back to 1750. Some of the spaces are believed to have temporarily housed traitors and deserters during the Revolutionary War. There was evidently a guard house across the street.

And when the Brits occupied Haddonfield, they are thought to have housed Colonial prisoners there.

The Indian King’s basement at one time had a small tunnel linking it to an adjoining cellar of a building which is no longer standing.

The Colonial-era tavern was named to honor the local Lenni Lenape Indians.

RELATED READ: We're weird in South Jersey – and damn proud of it

The site began as a brewery before the tavern was built. At the start of the Revolutionary War, the original owner, a Loyalist, sold and sailed back to England.

The remains of British and Hessian soldiers are buried in unmarked graves in the nearby cemetery at the Society of Friends' meeting house.

The state bought the building at 233 King's Highway East in 1903, and it is now maintained as a museum. It is on the National Register of Historic Places.

Tours are conducted of the first and second floors of the Indian King, but don’t expect to get a peek at the basement.

The Colonial-era tavern's cellar is off-limits to visitors.

In fact, the chambers are not even mentioned on the state’s official website for the historic site.