The popular rock and roll cabaret is back. 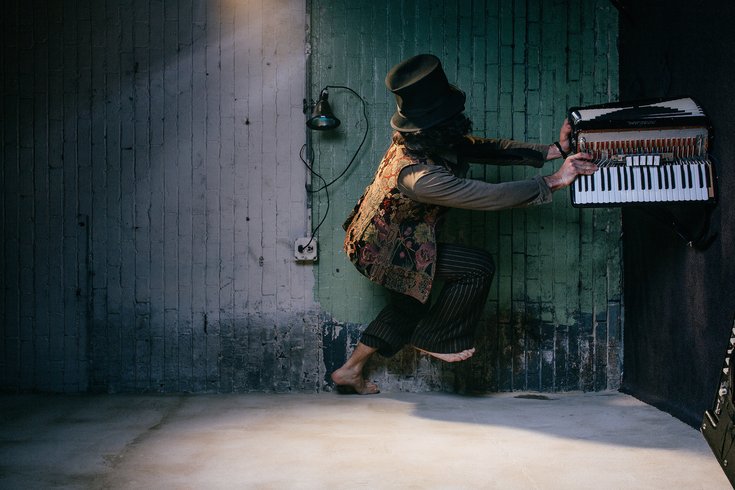 For a limited time only, Painted Bride Art Center will revive last year's sellout hit from BRAT Productions, "Always Coming Soon: The Future." The new production of the rock and roll cabaret will be accompanied by a special gallery exhibit featuring local photographer Jauhien Sasnou.

"The Future" began as a series of songs written by Peter Gaffney in 2009 and 2010 which were first performed by Cabaret Red Light, co-founded by Gaffney, as part of a monthly variety show. In 2013, BRAT artistic director Jess Conda teamed up with Gaffney to put together a performance of some of the songs, complete with a theatrical structure and story. Of Gaffney's approximately 50 original songs, nine came together to create what is now called "Always Coming Soon: The Future."

"The Future" centers on themes of time and control, told through Gaffney's prog-rock sounds with vintage circus imagery. The story itself follows a group of vagabonds who find a strange machine and can't decide whether to try it out. The satirical show combines absurdist and physical theater with cabaret for a hybrid style true to BRAT's non-traditional philosophy.

The spirit of this intensely visual theatrical production is encapsulated in Sasnou's photos. The exhibit, which is housed in the Art Center as well, includes a mix of large format portraits of the show's cast, as well as smaller shots of the process behind "The Future."