By Adam Hermann
PhillyVoice Staff
Penn The Palestra
from 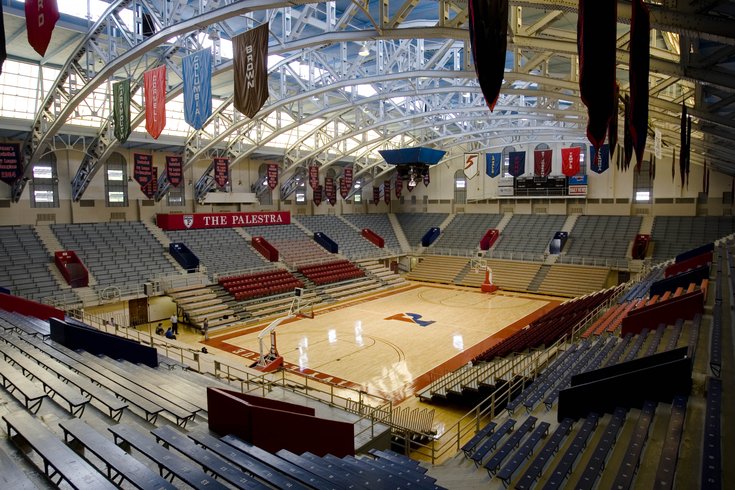 A look inside The Palestra on the University of Pennsylvania's campus.

Penn has long succeeded in keeping modern sports’ fascination with branding sports arenas away from its storied facilities, but on Tuesday the Palestra tepidly stepped into the 21st century.

The school’s athletics department announced the Palestra's court will bear the name of Macquarie Group, a global financial firm based in Australia.

Truly a special day in The Palestra as @pennathletics enters into a meaningful partnership with @Macquarie that will benefit the entire athletics department, as well as our Philadelphia community. pic.twitter.com/MvwNuKEMOr

The court branding is part of what the Daily Pennsylvanian reports is a multi-year corporate sponsorship agreement. The court will be called "Macquarie Court at the Palestra":

You will now hear it called “Macquarie Court at the Palestra,” and yes, that includes in-arena announcements by @palestravoice and the other PA announcers who come through. pic.twitter.com/SKhRELxNY7

That’s not the most elegant name for the floor of The Cathedral of Basketball, but that's what it'll be.

The venue itself, regarded as one of college basketball's elite facilities, will continue to be called the Palestra, the name the venue has worn since its opening in 1927.

Penn's men's basketball team is scheduled to play its home opener there on Nov. 9 against Rice.