The pandemic is causing adults to have more nightmares: Here's how you can make them stop 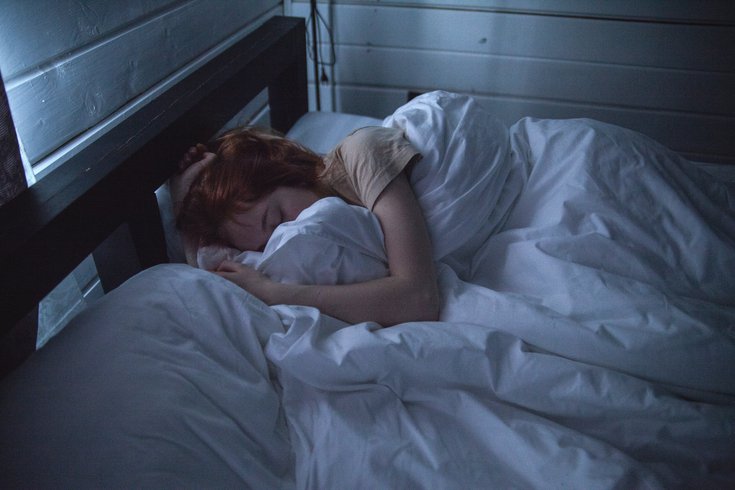 While scientists understand the importance of sleeping , they are less certain of the purpose of dreaming.

Some say it's a way of confronting subconscious emotional turmoil or processing and storing memories, others say it's a form of fight or flight training or even inspiration, Healthline said. Whatever the reason, dreams can tell you a lot about what you're focused on, worried about or excited for.

Experts say the stress of the past year, combined with pandemic-caused sleep schedule changes are causing an increase in nightmares among adults, CNN reported.

"This is something that we've seen in other traumatic events that occur around the world and in our country," Dr. Raj Dasgupta, an assistant professor of clinical medicine at the Keck School of Medicine at the University of Southern California said. "So the fact that we're having more nightmares during this pandemic doesn't surprise me."

Nightmares are often linked to times of national stress or military veterans experiencing Post Traumatic Stress Syndrome or PTSD. Studies and reports show that disturbing dreams increased after 9/11, as well as among nurses during the Ebola outbreak in Guinea, West Africa. The coronavirus pandemic has had a similar psychological impact on people around the world.

Without a commute or set schedule, people's sleep schedule also took a dive. More people are staying up later in the evening and sleep in later in the morning, which leads to a deeper, longer stage of REM sleep. This can be a breeding ground for nightmares, as your brain processes the stress and anxiety of the pandemic.

"When you're getting more REM during stressful times, you get more REM nightmares. We're calling this phenomenon 'quaradreaming,'" clinical psychologist and sleep specialist Michael Breus said.

Deirdre Barrett, an assistant professor of psychology at Harvard Medical School, surveyed people through an online quiz that showed many people are having disaster-related dreams, such as tsunamis, tornadoes, hurricanes, earthquakes, fires and mass shootings.

Another common theme is dreaming about getting the virus, forgetting to wear a face mask, and getting coughed on by strangers.

"People who are sheltering at home alone will dream that they've been locked up in prison, or one woman was sent to Mars by herself to establish the first one-person Mars colony," Barrett said to the Harvard Gazette.

This phenomenon hit frontline workers hard as well. A study out of the National Center for Biotechnology Information monitored 100 nurses in China and found 45% of them experienced nightmares, as well as anxiety and depression.

Health care workers on the frontlines reported trauma nightmares about losing patients, trying to get a patient hooked up to a respirator or the machines and equipment failing.

How to reduce nightmares

People who experience nightmares that lead to feelings of hopelessness and depression should talk to their health care provider or a mental health professional. It could be a sign of depression or anxiety.

You should check your thermostat before going to sleep. Being too warm while you're sleeping can prime you for nightmares and make your sleep more fragmented. Getting consistent nightmares when you are cold could be linked to anxiety or depression.

People should also check the prescriptions they take. Certain medications can cause nightmares and even hallucinations, Rebecca Robbins, an associate scientist at Brigham and Women's Hospital in Boston who studies sleep, said to CNN.

Establishing a stronger sleep schedule can help stop nightmares as well. When people inconsistently stay up late or sleep in early, it can mess up the body's circadian rhythm. This can impact the body's hormones, temperature, eating, digestion and sleep-wake cycle and ultimately lead to an increased risk for heart disease, ulcers, depression, obesity and cancers.

Sleeping in or staying up late on the weekends can be rough on your heart as well. A study found that changing your sleep-wake time by 90 minutes — both at night or in the morning — can double your risk for cardiovascular disease.

WebMD said visualizing what you want to dream about as you fall asleep can actually cause you to control your dreams as well.

Practicing good sleep hygiene overall can prep your brain to have better dreams. Things like staying off your screens two hours before bed, taking warm baths, practicing yoga and stretching can rid the brain of anxiety and stress before bed.