What is a pandemic – and will the coronavirus outbreak become one? Health experts weigh in 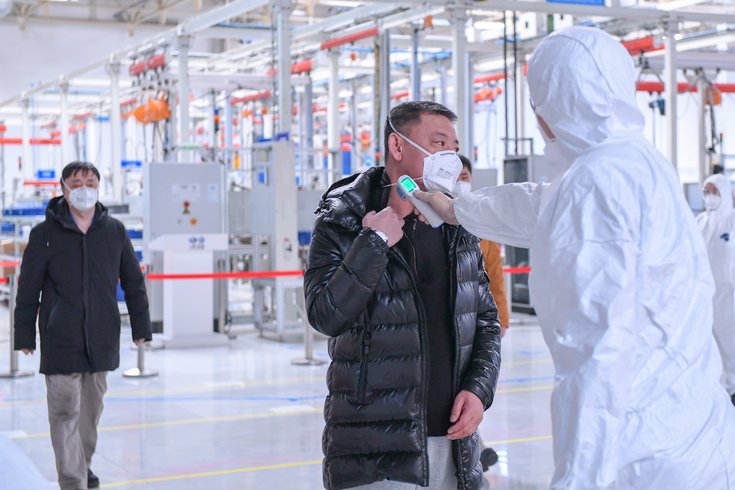 What's the definition of a pandemic? And will the coronavirus become one? The term is a nebulous one, but health experts say COVID-19 must become more widespread before the World Health Organization declares it a pandemic.

Global disease outbreaks are an unfortunate reality in our modern world of increased mobility.

As the coronavirus, now called COVID-19, continues spreading from China to other countries, a question arises: Will the outbreak grow to pandemic proportions?

The definition of a pandemic is a bit nebulous, but health experts say coronavirus cases must become more widespread for the new virus to be declared a pandemic.

A pandemic occurs when a disease outbreak spreads beyond a single location or region to the point that it is occurring in multiple countries, said Margot Savoy, chair of family and community medicine at Temple University's Lewis Katz School of Medicine.

The term often is associated with a new disease or infection, but it also can be used with a new strain of a familiar disease – like the H1N1 influenza strain, which resulted in the most recent pandemic, in 2009.

"Typically the World Health Organization (with input from national public health agencies around the world) will declare a disease reaching a pandemic level," Savoy said.

As of Monday, Chinese officials had confirmed 51,174 coronavirus infections and 1,666 deaths. The coronavirus had spread to 28 international locations, including the United States, where there were 15 confirmed cases.

There is not a specific number of infections or deaths required for a pandemic declaration, said Dr. Edward Jasper, medical director of emergency management and of the Ebola/Infectious Disease Treatment unit at Thomas Jefferson University.

But the coronavirus needs to become more widespread for it to be considered pandemic. Only 1% of all the cases are outside China, Jasper said.

The U.S. Centers for Disease Control and Preventions says the virus, now referred to as SARS-CoV-2 and the resulting disease, COVID-19, still only present a "low risk" to Americans. But health officials are monitoring the situation closely.

Most coronaviruses spread among animals, including camels and bats, but they sometimes evolve to infect humans, according to the CDC. COVID-19 has been traced to a food market in Wuhan, China. It has quickly spread since being identified late last year.

The World Health Organization uses a six-stage model to consider whether an outbreak is becoming a pandemic. A disease is considered pandemic when it reaches stage six. The WHO designed these stages particularly for the flu pandemic.

To determine the stage, WHO officials consider the rate that an infection is being transmitted from person to person, and how widespread the disease has become.

"In early stages, only rarely is an infection caught by a human," Savoy said, "While at stage six, many human-to-human transmissions are occurring across multiple countries."

The first three stages are marked by the gradual escalation of a new disease. They signal for health officials to start preparing tools and action plans for a global response, which is implemented over the final three stages.

By stage four, human-to-human transmission in different communities have been confirmed. By stages five and six, the disease is spreading worldwide.

Additionally, pandemics tend to impact other areas of life, including social and economic aspects. Businesses and schools often are forced to shut down. There can be a shortage of food and other supplies.

This all causes a reduction in the quality of life – like seen during the 1918 Spanish Flu pandemic, which killed between 50 and 100 million people worldwide.

The 2009 H1N1 pandemic, the most recent, killed an estimated 284,500 people, according to a study published in The Lancet. And it didn't just hit the elderly, very young and those with weakened immune systems; the healthy and active died too.

One way health experts measure the contagiousness of a disease is by calculating its R0 (pronounced 'R naught') number, which refers to the number of people who contract a disease from one infected person.

"When it is less than 1, meaning that each confirmed case leads to less than one new infection, than the disease will most likely burn out," Jasper said. "More than 1 means a possible outbreak or epidemic. The average R0 for COVID-19 is 2.5."

But health officials still don't have a complete picture of how many people might have been infected with COVID-19, because some people with mild illnesses may have never have been diagnosed, Jasper said.

More than 80% of the cases in China have been mild, while 15% of those affected have needed to be hospitalized. Almost 2% have died which is less than the SARS fatality rate of 10%, according to the WHO.

"COVID-19 is a new disease that we don't know much about," Jasper said. "There are more questions than answers. At least in our country, the number of confirmed cases is small, but things can change tomorrow."

Savoy said that the coronavirus could become a pandemic now that people in countries beyond China have contracted the disease. But she stressed that it's still "highly unlikely" for the average American to become infected.

U.S. health officials have investigated 443 possible cases of coronavirus but confirmed just 15, according to the CDC. A total of 392 cases have tested negative. Test results are still pending for 60 cases.

"COVID-19 is important to watch, but we are at the peak of influenza season, which is actively spreading throughout the US right now. Influenza vaccination, proper hand hygiene and staying home if you are ill are all key to stopping the spread of influenza."