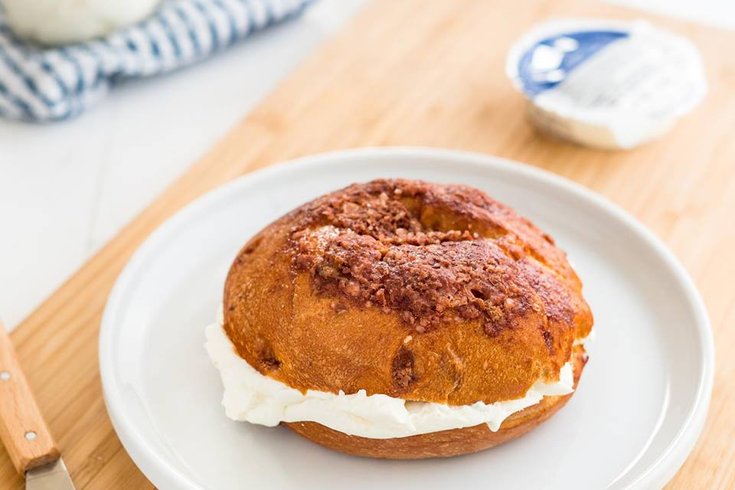 You may want to be extra careful if you visit a Panera Bread cafe anytime soon, as the fast-casual chain is in the process of recalling cream cheese at all 2,000 of its U.S. locations.

The company announced the recall as a cautionary move, as there have been not yet been any reports of illness. The action comes after one of its cream cheese samples tested positive for Listeria monocytogenes, a food-borne bacteria that can cause flu-like symptoms and, in extreme cases, death.

“While there have been no reported illnesses, out of an abundance of caution, Panera Bread is conducting a nationwide preemptive, voluntary recall of all 2 oz. and 8 oz. cream cheese products sold in its U.S. bakery-cafes,” the company said in a Q&A brief.

“Tests on cream cheese samples manufactured both before and after the production run in question have all come back negative.”

Panera stresses that it was only one sample that tested positive, but the company is nonetheless taking measures to ensure any potential for the bacteria spreading is contained.

“We have likewise ceased all manufacturing in the associated cream cheese facility,” said Blaine Hurst, Panera’s president and CEO, in a statement. “Only one variety of a 2-oz cream cheese from a single day yielded the positive result.”

Cream cheese with an expiration date of April 2 or earlier has been recalled.

Research surrounding Listeria shows that infection doesn’t always have side effects in carriers. For those who do show side effects, NBC notes, flu-like symptoms will work the bacteria out of your body in a few days. Unfortunately, the infection can turn fatal in some cases, with an average of 260 deaths a year.

Listeria is most dangerous for older consumers or women who are pregnant. In the case of pregnancy, women run the risk of passing on the infection to their newborns, especially if they mistake virus symptoms for morning sickness.

Panera notes that the recall is for U.S. stores only. Cream cheese purchased in Canada is still safe to use.