Parents' words carry weight when discussing obesity with their children

Using terms like 'fat' and 'overweight' lead to shame and embarrassment, research shows. Understanding how to have a healthy dialogue can have a lasting impact 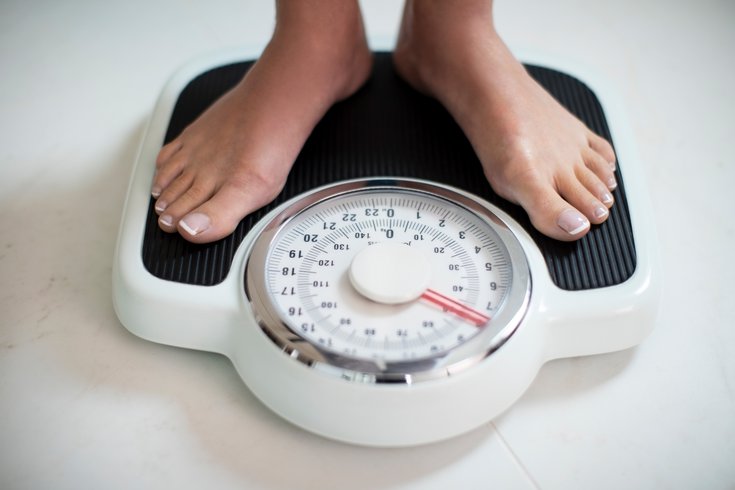 To help a child with obesity, it's important to focus conversations on health, rather than weight, and offer opportunities to eat healthy and exercise, a new study suggests.

The United States' obesity problem only has worsened since the beginning of the COVID-19 pandemic, particularly among children and adolescents.

Though it is a concerning health trend, parents need to choose their words carefully when discussing weight issues with their children, experts say. These conversations can have lasting impacts.

Parents play a crucial role in helping their kids stay healthy. To help a child with obesity, it's important to focus conversations on health, rather than weight, and offer opportunities to eat healthy and exercise, a new study suggests.

"Body weight is a sensitive issue and the way we talk about it matters," Rebecca Puhl, deputy director of the University of Connecticut's Rudd Center for Food Policy and Health, told U.S. News & World Report.

In the study, researchers sought to identify the language that adolescents feel more comfortable hearing in conversations about weight, so they don't feel blamed or shamed. They surveyed more than 2,000 children ages 10-17 and more than 1,900 parents on the way various terms used to describe body weight made them feel.

The terms "overweight," "fat" and "extremely obese" were associated with the most negative emotions. More than one-third of the youth said they felt embarrassment, shame and sadness when their parents used these words.

Even if a child wasn't obese, these words had a negative impact. The most preferred terms were "healthy weight" and "normal weight."

Girls reported feeling more negative emotions than boys. The youth were more open to conversations about weight when they brought it up or when their parents asked permission to discuss it.

Children and adolescents can face weight stigma in the form of teasing, bullying and stereotypes from their peers, parents and other adults. This negativity can affect their mental and physical health by leading to lower body esteem, depression, anxiety and unhealthy eating behaviors. It also can put a child at increased risk of an eating disorder.

How to have healthy discussions with children about their weight

Adopting healthy lifestyles as a family teaches children healthy habits that can last a lifetime, according to the Academy of Nutrition and Dietetics. Instead of talking about weight concerns, parents should serve healthy, balanced meals and snacks to the whole family every day and look for a fun, active ways that the family can spend time together. Preparing meals as a family also can encourage healthier eating patterns.

Parents should avoid yelling at, bribing, threatening or punishing children about weight, food or lack of physical activity.

"If you turn these issues into parent-child battlegrounds, the results can be harmful," the academy notes. "Shame, blame and anger are setups for failure. The worse children feel about their weight, the more likely they are to overeat or develop an eating disorder."

Parents should keep an open dialogue with their children, American Psychological Association recommends. They should acknowledge the challenges to being healthy, but emphasize how much better they will feel overall. They should offer to work together to start a healthier lifestyle so their children feel supported and not blamed.

Dr. Elizabeth Shepard, an obesity specialist at Stanford Children's Health, previously told The Healthy that parents should avoid talking about dieting because eating heathy is different from dieting.

"Changes have to be sustainable over the long term to be effective," Shepard said. "Making changes in food is not 'going on a diet.'"

Shepard suggested parents try different healthier foods until they find the ones their children enjoy. It also is important not to eliminate all "bad" foods because this strategy may lead to children having unhealthy relationships with food cravings. Knowing they can still have their favorite foods occasionally will help them stick to their healthier habits.

Marlene Schwartz, a psychologist and director of the Rudd Center for Food Policy and Obesity, previously told NPR that shaming and blaming can have detrimental effects on a child's health.

"I think sometimes parents misguidedly think that if they tease the child, that it will motivate them to try harder to lose weight," she said. "But there's virtually no evidence that that works. And in fact, there's evidence that it causes harm."

If children are frequently bullied about their weight by their siblings, parents need to intervene so the siblings understand why that it is important to be more supportive, she added.

Studies have shown that children who are teased about their weight tend to gain more weight than other children. And even less cruel strategies, such as telling children to lose weight or instructing them to go on a diet can have lasting harms.

A 2016 report by the American Academy of Pediatrics advised parents and doctors against prescribing or discussing weight loss to kids and teens, because it could increase their risk of weight gain and disordered eating.

Experts also advise parents against focusing on body size in conversations with their children. They should teach them to have a positive body image, no matter their size.