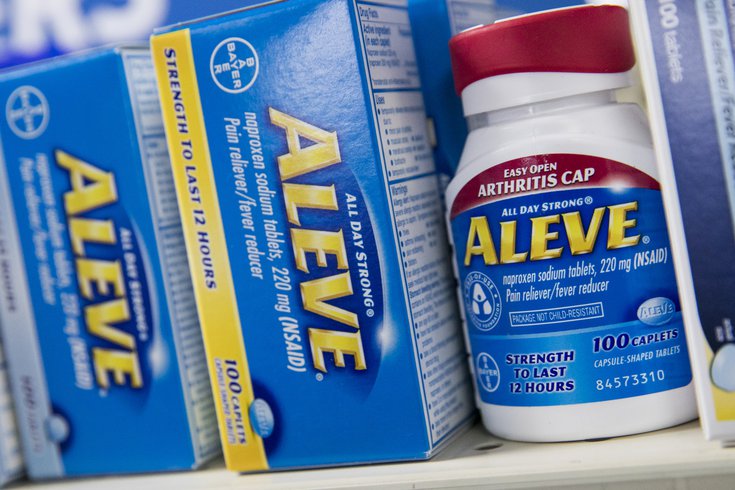 The long-term effects of NSAIDs, including naproxen, sold as Aleve, on osteoarthritis are not clear, researchers say. A new study finds they may worsen joint inflammation over time.

Many people turn to drugs like ibuprofen and naproxen for pain relief from osteoarthritis, but these medications may worsen the join inflammation rather than reduce it, a new study suggests.

Osteoarthritis is the most common form of arthritis – the swelling or tenderness of one or more joints. As people age, osteoarthritis causes the cartilage between the bones that form a joint to break down. More than 32 million adults in the U.S. have osteoarthritis.

Doctors often prescribed ibuprofen, sold as Advil and Motrin, and naproxen, sold as Aleve, for osteoarthritis pain and inflammation. But the long-term effects of these medications – known as nonsteroidal anti-inflammatory drugs, or NSAIDs – on the progression of osteoarthritis are not known.

"To date, no curative therapy has been approved to cure or reduce the progression of knee osteoarthritis," said Dr. Johanna Luitjens, a postdoctoral scholar at the University of California, San Francisco.

"NSAIDs are frequently used to treat pain, but it is still an open discussion of how NSAID use influences outcomes for osteoarthritis patients. In particular, the impact of NSAIDs on synovitis, or the inflammation of the membrane lining the joint, has never been analyzed using MRI-based structural biomarkers."

The researchers used MRI imaging to analyze the relationship between NSAIDs and synovitis over time in patients with knee osteoarthritis. They looked for biomarkers of inflammation, including cartilage thickness and composition, among 277 people who used NSAIDs to treat their osteoarthritis and 791 people who didn't use them.

They found no overall long-term benefit of NSAID use. Over a four-year followup, the joint inflammation and cartilage quality of the participants who took NSAIDs worsened.

The researchers said additional studies are needed to confirm their findings, which will be presented at the annual meeting of the Radiological Society of North America next week.

"The use of NSAIDs for their anti-inflammatory function has been frequently propagated in patients with osteoarthritis in recent years and should be revisited, since a positive impact on joint inflammation could not be demonstrated," Luitjens said.

Other treatments for knee osteoarthritis include exercise, weight loss, physical therapy, intra-articular corticosteroid injections and the use of a brace or heel wedges to reduce pain and improve function.