The diagnostic tool detects RNA fragments that are linked to brain injuries. It could become available as soon as 2023 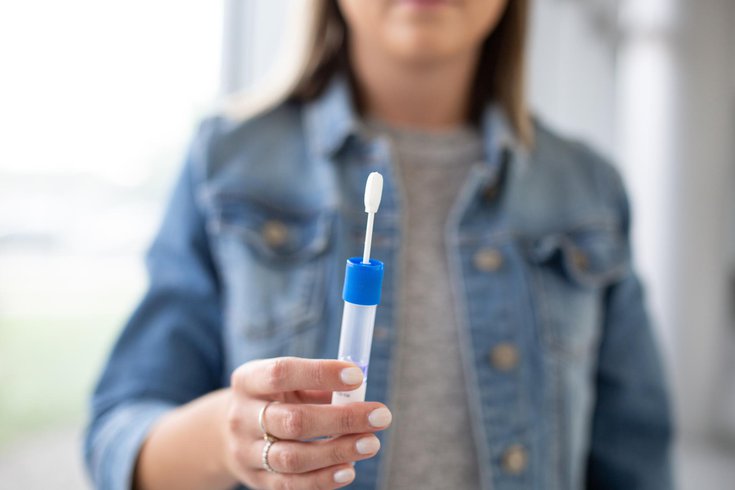 A saliva-based concussion test could become available in 2023 after a U.S. patent was awarded to Quadrant Biosciences, Penn State University and the State University of New York. The test could be a complement to more subjective methods that may be swayed by bias and ambiguity in assessing common symptoms.

People who fear they have suffered concussions could soon have their head trauma diagnosed by testing their saliva for molecules associated with a brain injury.

The test was developed over several years by a team of researchers at Penn State University, Quadrant Biosciences and the State University of New York. This week, the group received the first patent of its kind from the U.S. Trademark and Patent Office. The tests could be available to doctors as soon as next year.

The saliva test – called the Clarifi mTBI Saliva Test – was developed to be a more reliable way of identifying concussions. Between 3-4 million concussions are diagnosed every year in the United States, and two-thirds of these brain injuries are are suffered by children and adolescents.

Traditional diagnostic methods for concussions use a mix of patient-reported symptoms and neurocognitive testing to assess things like memory, reasoning, awareness, balance and coordination. This can lead to ambiguous results due to patient and physician biases, particularly in cases involving athletes who may underreport their symptoms in order to be able to continue playing.

Other concussion testing methods include taking images such as CT scans or MRIs, or electrophysiology exams, which require expensive equipment and medical providers with specialized training. The U.S. Food and Drug Administration also has approved a blood test called the Brain Trauma Indicator, which measures the presence of concussion biomarkers within 12 hours of a suspected brain injury.

The saliva test is a non-invasive approach that looks for non-coding, microRNA molecules. The research team behind the saliva test published promising findings on the accuracy of their approach in October 2020, finding that it is comparable to testing the balance and reaction time of a person who has suffered a mild traumatic brain injury.

A similar saliva-based concussion test developed in England was tested on a group of professional soccer players from 2017-2019, also producing encouraging findings. However, it took at least a day to get results, and the test has to be administered in a lab.

The Clarifi mTBI Saliva Test is considered a rapid solution. Steve Hicks, associate professor of pediatrics at Penn State College of Medicine, who co-led the research, said in an email Friday that currently the fastest way to detect microRNA in saliva is using a polymerase chain reactions, or PCR, test – which is the same procedure used to detect COVID-19. Those results can obtained in a couple hours, he said.

"However, we've been working with engineers at Penn State to try and develop a device that will be able to measure saliva microRNAs in less than 60 minutes," Hicks said.

Concussions occur when a jolt to the head or a hit to the body causes the head and brain to move rapidly back and forth. Inside the skull, the brain can bounce around or twist due to the sudden movement, and that creates chemical changes in the brain and sometimes stretches and damages brain cells.

Concussions can result in short-lived symptoms, such as headaches, dizziness, confusion, nausea and vomiting. These issues may persist in more serious injuries and sometimes lead to progressive, long-term impairment, especially when there is repeated trauma to the brain. Concussions also can contribute to mental health conditions in younger people and those with pre-existing mental health conditions.

In athletics, the Sports Concussion Assessment Tool-3rd Edition is a standard for head injury assessment, but it also is subjective. A study by Rutgers researchers earlier this year found that while this method was helpful in identifying concussions in athletes who reported headaches, other concussive symptoms commonly overlapped with those simply related to physical exertion.

Rich Uhlig, CEO and founder of Quadrant Biosciences, said he was inspired to pursue a new concussion test after his son suffered a serious head injury in a hockey game. He created the life sciences company in 2015 and also holds a patent for a saliva-based, epigenetic autism diagnostic aid.

"Seeing this patent come through is a realization of goals set 7 years ago," Uhlig said.