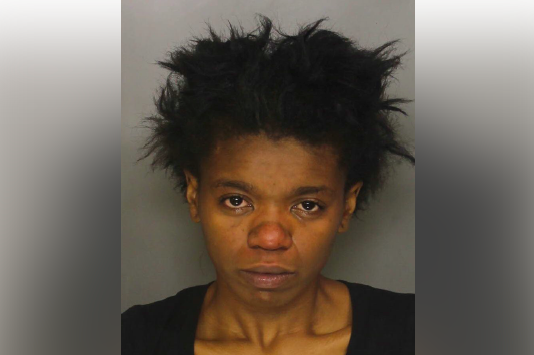 A mother in Chester County is facing third-degree murder charges after authorities say she allegedly shoved her 5-year-old daughter down a flight of basement stairs on Halloween night, according to prosecutors.

Ciara Robinson, 25, was arrested following an investigation into the Oct. 31 incident that police said took place inside 403 Walnut St. in Parkesburg, a small borough located in far western Chester County.

Police and medical personnel were dispatched to the residence around 9:25 p.m. Robinson's daughter, Amatulah "Amy" McLaughlin, was found unresponsive and cold to the touch.

After processing the scene and interviewing witnesses, investigators determined Robinson allegedly became angry with her daughter on Halloween. At some point, she allegedly struck the girl befor allegedly pushing her down a flight of stairs. An autopsy revealed Amatulah Robinson died of blunt force trauma to the head when she hit the concrete landing in the basement.

"I knocked (the girl) out. ... She won't wake up. ... I'm going to jail," Robinson allegedly told her friend according to police.

The autopsy also revealed that Amatulah had been severely beaten over a period of time, according to prosecutors. Bruises, scars, puncture wounds and strike marks were found on various parts of her body.

Robinson, a home health aid, also has a 2-year-old son who has been placed in protective custody with a Chester County agency.

"This little girl was severely abused, culminating in her death" Chester County District Attorney Tom Hogan said. "No child should have to live like this. Our hearts are broken by the death of an innocent child. Working together, we will make sure that justice is served."

The investigation remains ongoing and anyone with information is asked to contact Parkesburg Detective Ryan Murtagh at (610) 857-3535 or Chester County Detective Jerry Davis at (610) 344-6866.