Paxlovid may reduce risk of long COVID in some patients, study shows

About 15% of U.S. adults report having experienced lingering symptoms following a coronavirus infection. But there aren't any specific treatments for the condition 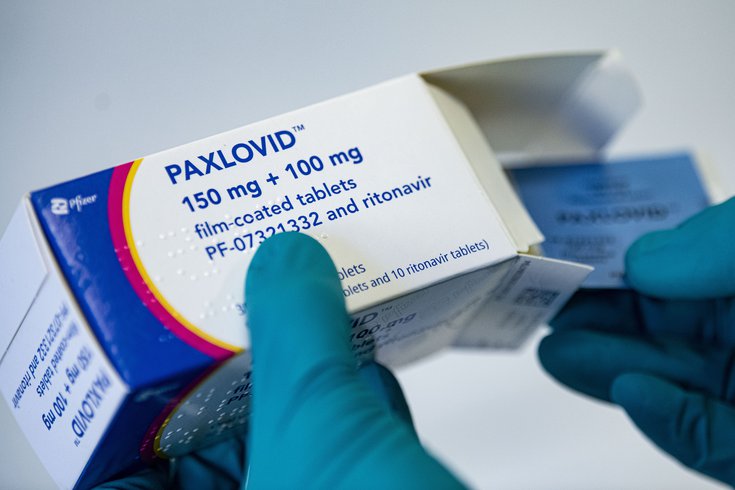 Paxlovid not only lowers the risk of hospitalization and death from COVID-19 among older adults and people with certain health conditions, but it also appears to reduce their likelihood of developing long COVID.

These patients were 26% less likely to have COVID-19 symptoms 90 days later when they took the antiviral drug within 5 days of getting sick, a new study found.

Long COVID is defined by the U.S. Centers for Disease Control and Prevention as health problems that last at least weeks after a COVID-19 infection. The World Health Organization's definition includes the caveat that the symptoms can't be explained by an alternative diagnosis. According to the CDC, almost 15% of adults have had long COVID.

The study participants who received Paxlovid were less likely to develop 10 of the 12 most common long COVID symptoms after 90 days. These included fatigue, shortness of breath, muscle pain, blood clots and cardiovascular and neurocognitive symptoms. There was no significant difference in the risk of developing the other two symptoms — new-onset diabetes and coughing — among patients who took the antiviral and those who didn't.

For every 100 patients treated with Paxlovid, there were 2.3 fewer cases of long COVID, the study found. Those with the most risk factors for severe illness and those who had received a COVID-19 booster shot had the biggest risk reductions.

The study findings were published online, but have not been peer reviewed yet. It is not clear whether the drug could be beneficial to other patients or if it can be used specifically to treat long COVID. Other scientists are trying to answer those questions.

There currently are no specific treatments for long COVID, but existing medications and therapies can be used to alleviate symptoms.

Paxlovid, which is manufactured by Pfizer, has fallen under scrutiny due to some of its potential side effects, including adverse reactions with some heart disease medications, and the possibility of experiencing so-called "Paxlovid rebound" – a recurrence of infection.

But the researchers and other experts, say their findings are further evidence that Paxlovid is an important tool against COVID-19 for eligible patients.

"For people who are already qualified for Paxlovid use, to me, really the choice is clear," Dr. Ziyad Al-Aly, the senior author of the study, told The New York Times. "Do you get a metallic taste, do you get side effects from Paxlovid, can you get rebound? Yes. But we have proven data suggesting that Paxlovid in the acute phase reduces the risk of severe illness, meaning the risk of death and hospitalization. And now we're showing in the post-acute phase, there's also risk reduction."

It is not clear why the antiviral reduces the risk of long COVID, but Dr. Al-Aly said it may stop the infection before it can spread throughout the body and cause lingering symptoms. Other experts not involved in the study agreed that the key is to stop the virus from replicating.

"We know that one of the key factors that predict long COVID is detectable virus in the bloodstream at the time of infection," Dr. Peter Chin-Hong, an infectious disease physician at the University of California, San Francisco, told NPR. "So it stands to reason that interventions that prevent the virus from making more copies of itself would therefore lead to a lower risk of long COVID."

This theory doesn't explain why some people with mild infections and low risk for severe disease still develop long term symptoms. Most experts say that these study findings are encouraging, but that more research – particularly randomized controlled trials in which the effects of the antiviral are compared to a placebo – are needed before any definitive conclusions are made.

Many questions remain, including whether the same benefits would apply to a lower-risk population and whether a higher dose or a longer treatment course would increase protection against long COVID.

Eric Topol, professor of molecular medicine and executive vice president of Scripps Research, tweeted that the report is "a major advance," and wrote in an online post, "We have no treatment that has been validated to treat Long COVID. Rigorous, randomized, definitive clinical trials are long overdue."

The study involved 56,340 patients from the Veterans Health Administration system. They all had at least on risk factor for severe COVID-19 and had tested positive for the coronavirus between March 1 and June 30. Risk factors included being over age 60, being overweight, smoking or having cancer, heart disease, hypertension or diabetes.

The 9,217 patients who took Paxlovid within 5 days of testing positive had a reduced risk of long COVID, even if they had a previous infection or were unvaccinated.

The majority of the study participants were white males with an average age of 65. Further studies are needed to see of the benefits apply to all patients, the researchers noted.

Prior research has explored some of the concerning side effects of Paxlovid. One of those is the development of "Paxlovid mouth." In a clinical trial, about 6% of people given Paxlovid experienced a bad taste in their mouths, which they described as metallic, bitter, salty or rancid. This condition is known as dysgeusia and it can affect the way food and drink taste.

Dysgeusia is not unique to Paxlovid. Other antivirals can cause it, although it is rare. The antibiotics metronidazole and clarithromycin, and certain chemotherapy drugs also can cause a metallic taste in the mouth.

Other studies have found that the antiviral drug may interfere with heart medications, including certain statins and heart failure medications. Adverse effects reported included an increased risk of bleeding when Paxlovid is taken with certain blood thinners and liver toxicity when it is used with cholesterol drugs like statins. It also can cause low blood pressure and swelling when taken with certain blood pressure medications.

Paxlovid is provided for free by the federal government at pharmacies across the country. It requires a prescription and must be started within five days of symptom onset. "

The potential symptoms of long COVID are many: difficulty breathing, fatigue, sleeping difficulties, coughing, chest and stomach pain, headache, a racing heart and other cardiac complications, high blood pressure, joint and muscle pain, a feeling of having pins and needles under the skin, fever, dizziness, rash, diarrhea, a changed menstrual cycle, type 2 diabetes, hair loss, blurry or double vision, and a continued loss of smell or taste.