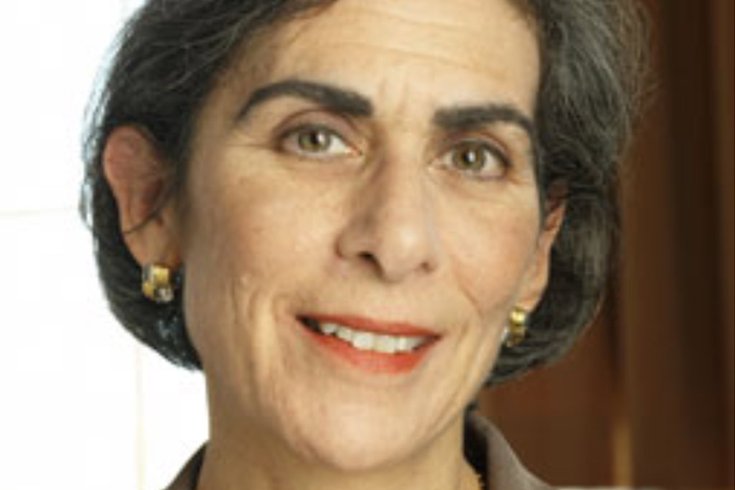 Amy L. Wax, the tenured Penn Law professor who was relieved earlier this month of some teaching duties after making disparaging statements about the school's black students, is speaking out.

In a Wall Street Journal commentary on Friday, Wax charged that higher education in America promotes the aggressive suppression of the truth. It was apparently her first public remarks on the controversy that led to her discipline.

Wax, the Robert Mundheim Professor of Law at the university, wrote:

The mindset that values openness understands that the truth can be inconvenient and uncomfortable, doesn’t always respect our wishes, and sometimes hurts. Good feelings and reality don’t always mix. But there is a price to be paid for putting the quest for psychological comfort over openness on matters central to how our society is organized. While some people benefit from the favored view, others lose out. People accused of bigotry and discrimination—claims that are more pervasive than ever—are understandably unhappy about being deprived of the ability to defend themselves by pointing to alternative reasons for group differences. Hoarding and hiding information relevant to such differences, which amounts to predetermining a verdict of “guilty as charged,” violates basic principles of fair play and gives rise to justified resentment.

Universities, like other institutions, scheme relentlessly to keep such facts from view. Yet although the culture war is now tilted against those accused of discrimination, politics persists, and frustration tells at the ballot box. The deeper price is that people come to believe that truth yields to power, and that political pressure should be brought to bear to avoid inconvenient realities.

Wax has been under fire since the resurfacing of a video interview with economist and Brown University professor Glenn Loury from September 2017, in which she discusses affirmative action policies at Penn Law, saying:

“Here’s a very inconvenient fact, Glenn: I don’t think I’ve ever seen a black student graduate in the top quarter of the class, and rarely, rarely, in the top half. I can think of one or two students who scored in the first half of my required first-year Civil Procedure course.

“Well, what are we supposed to do about that? You’re putting in front of this person a real uphill battle. And if they were better matched, it might be a better environment for them. That’s the mismatch hypothesis, of course. We’re not saying they shouldn’t go to college – we’re not saying that. Some of them shouldn’t.”

She proceeds to tell Loury that the Penn Law Review has a diversity mandate, which would seem to imply that black students who receive the distinction of Law Review are actually at the bottom of their classes.

In response to her comments, a petition was launched call from Wax's removal, at least, from classes with first-year students. The leader of Black Lives Matter Pennsylvania demanded that she be fired with a week.

On March 13, Penn Law Dean Theodore Ruger addressed the controversy in an email to students and faculty, emphasizing that Wax’s statements were inaccurate. “Black students have graduated in the top of the class at Penn Law, and the Law Review does not have a diversity mandate,” Ruger wrote. “Rather, its editors are selected based on a competitive process.”

As the student newspaper The Daily Pennsylvania reported first, Wax was subsequently barred from teaching any mandatory first-year curriculum courses, and will teach only classes in her areas of expertise.

"Somewhere deep in a file drawer, or on a computer server humming away in a basement, are thousands upon thousands of numbers, with names and identities attached," Wax wrote in Friday's commentary. "They’re called grades. They represent an objective reality, which exists independent of what people want reality to be. They sit silently, completely indifferent to indignation, angry petitions, irritable gestures, teachers’ removal from classrooms — all the furor and clamor of institutional politics.

"Those numbers are now solely within the control of the individual students who earn them and the educational institutions that generate them — powerful entities ruled by bureaucracies that serve as gatekeepers to privileged positions in our society. They are jealously guarded, protected by cloaks of confidentiality and secrecy. But they are what they are. Hiding facts is not the same as changing them."

The commentary stirred much discussion on the WSJ.com web site, where it garnered nearly 500 comments, many supportive of Wax.

Wax’s video with Loury is not the first time her comments have caused outrage and controversy.

In August, Philly.com published an opinion piece co-written by Wax titled, “Paying the price for breakdown of the country’s bourgeois culture,” which argued, in part, that the opioid epidemic, unemployment, children born out of wedlock, and homicidal violence are all related to the deterioriation of the 1940s and '50s way of life. The editorial sparked criticism for its suggestion of returning to conventions of a time period wherein the rights of minorities and women were severely limited.

In the editorial, different cultures in America are also addressed, including single-parent working-class white families, rap culture of “inner-city blacks,” and “anti-assimilation ideas” among Hispanic immigrants.