A relative newcomer to marathoning, Samantha Roecker has qualified for the Olympic Team Trials 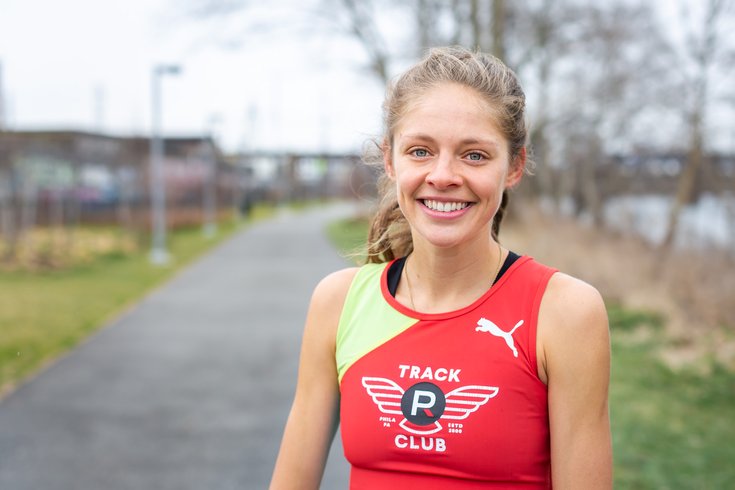 Samantha Roecker, 27, an otorhinolaryngology nurse at the Hospital of the University of Pennsylvania, poses for a photo along the Schuylkill River Trail in Philadelphia. “Running is just a part of me at this point," she says. "It is very freeing to have this carved-out time separate from the rest of my life.”

Running has been in Penn Medicine nurse Samantha Roecker’s blood since middle school, but she never envisioned herself racing neck to neck with top professional athletes at the U.S. Olympic Team Trials. Until now.

Roecker’s personal record at the California International Marathon in Sacramento, California, in December has positioned her to compete with other Olympic hopefuls at the 2020 Olympic Trials in Atlanta on February 29, 2020.

She finished in third place at 2:30:25, which also doubled as the USA Track & Field (USATF) National Marathon Championship.

“It was a surreal moment. It is rare, those satisfying moments when all your hard work pays off,” she told PhillyVoice.

Roecker’s performance in Sacramento has created a lot of buzz. According to Runner’s World, Roecker’s finish not only improved her previous marathon PR by eight minutes, it also meant she is the 12th-fastest woman currently qualified for the U.S. Olympic Marathon Trials.

And as she continues to improve her speed and strength, she stands to give Olympians like Molly Huddle and Amy Cragg a run for their money.

She went on to compete under coach Ray Treacy at Providence College, but never had aspirations to be a professional runner, focusing instead on her nursing career. After moving to Washington for a master’s program in global health at Georgetown University in 2014, she was actually taking a break when a trip with friends to see the Boston Marathon that year inspired her to start running marathons.

At first, she did it just for fun. She ran in the 2015 Boston Marathon and set a personal best of 2:53:52, but it wasn’t until she clocked in at 2:45:29, placing 19th overall at the New York Marathon in 2016 that she realized competing professionally might not be a pipe dream after all.

“I surprised myself and it sparked a flame in me to start training,” she said. 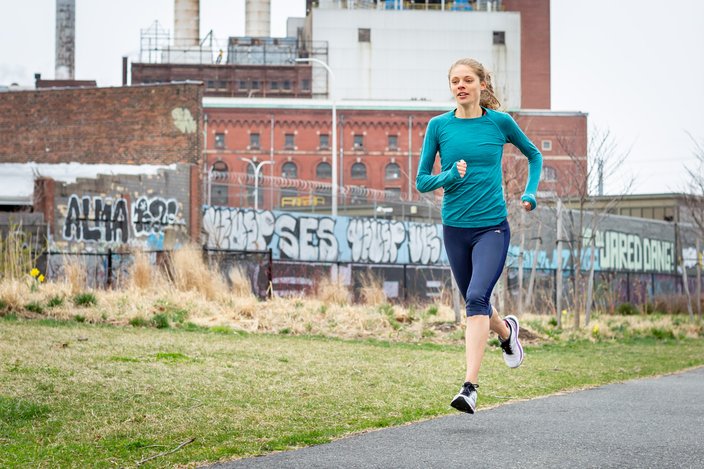 Samantha Roecker is currently ranked 12th-fastest female marathoner in the United States and has qualified for the Olympic Trials in 2020. Here, she runs along the Schuylkill River Trail in Philadelphia.

THE ROAD TO THE OLYMPICS

According to USATF rules, athletes with an A Standard time typically have their Olympic Trial expenses paid for while those with a B Standard time can compete, but have to pay their own way. But this year, the Atlanta Track Club has agreed to pay expenses for all runners in the 2020 trials.

In October 2017, at a marathon at the Hartford Marathon in Connecticut, Roecker actually qualified for B Standard with a new PR of 2:38:14, but then blew that time away when she flew across the finish line in Sacramento.

When it comes to her training, Roecker focuses on consistency. To train for the Sacramento marathon, she ran twice daily five days a week and worked on her core at the gym – all while working full-time as an aotorhinolaryngology nurse at the Hospital of the University of Pennsylvania. Most weeks she runs from 100 to 110 miles a week, a commitment aided by living in Center City, not far from the hospital.

The biggest challenge she faces, Roecker said, is training around a full-time job. While a lot of professional runners can train full-time because of sponsorships, she has to run before or after work, no matter the weather.

She said though that all those early, late and snow day runs are worth it when she is able to achieve her personal best.

She expects to train at the same intensity when she gears back up in the fall in preparation for the Olympic Trials. Treacy, her former coach, has been working with her remotely, creating training routines for her

“Running is just a part of me at this point. It is very freeing to have this carved out time separate from the rest of my life,” she said.

But running is also a social time because many of her friends and her boyfriend are runners, too.

“Female distance running is at its peak. I wouldn’t put myself in the Top 3 but I will be in a good position to be competitive in that race," she said. "It is a dream to just make the trials.”