A top medical researcher at the University of Pennsylvania believes current health laws may stop low-income patients from getting vital screenings for colon cancer.

According to Dr. Chyke A. Doubeni, chair and Presidential Associate Professor of Family Medicine and Community Health at the Perelman School of Medicine, the Affordable Care Act did not address this issue when it was signed into law in 2010.

“Congress looks at screening the wrong way," Doubeni said in a commentary published in the May issue of the journal Gastroenterology.

Colorectal cancer — more commonly known as colon cancer — is the second deadliest form of cancer in the United States, expected to kill 49,190 in 2016, according to Penn.

Here's the issue with current policy regarding screenings, according to Doubeni: Up until recently, screenings were viewed as a one-time deal, despite the fact that, in practice, a number of clinical activities are needed to make a diagnosis. 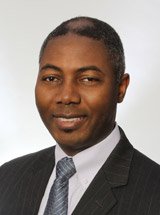 Dr. Chyke A Doubeni, Presidential Professor of Family Medicine and Community Health at the Perelman School of Medicine.

Those extra steps are only covered for those with supplemental insurance, something that 14 percent of the country's 55.5 million Medicare beneficiaries don't have.

This stops a large group of Americans from being able to address a potentially fatal cancer, Doubeni argues.

“Now when you do a test, find a polyp, lesion, or positive result, the test is classified as a diagnostic with costs that can inhibit low-income patients without co-insurance from acting on it.”

Doubeni recommends Congress waive the coinsurance and copay for all diagnostic procedures associated with screening, as well as the coinsurance for colonoscopies after a positive test.

He also calls for the initial screening tests to no longer be classified as diagnostic.