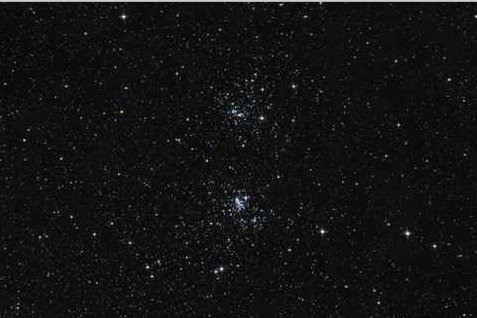 A mysterious star tucked between two constellations in the Northern hemisphere sky has astronomers scratching their heads in search of answers.

Located between Cygnus the swan and Lyra the harp, a strange pattern was picked up by researchers' study observations from the Kepler Space Telescope, launched by NASA in 2009 to discover Earth-like planets that might be orbiting other stars.

Part of that process involves scanning for dips in light emission among more than 150,000 stars, which may be indicative of shadows cast by planets passing by, possibly in orbit if the dips occur periodically, according to The Atlantic.

Due to the magnitude of the project, Kepler's team called on citizen scientists to help recognize these patterns in ways that technology alone can't interpret. One particular star stood out for a dimming pattern that suggested a giant cluster of matter was circling around it in a tight formation. This phenomenon is expected in a solar system's formative period when a disk of dust and debris surrounds the star until gravity consolidates it into several distinct bodies.

In this case, however, the star was determined to be mature, leaving scientists baffled by the mass of objects swirling around it, blocking photons from reaching the Kepler Space Telescope. One paper, published by a Yale postdoc and several citizen scientists with the Planet Hunter project, offers several hypotheses: it could be the result of instrument defects, shrapnel from a pileup of asteroid belts, an enormous impact like the one that formed our moon, or a sea of comets pulled into the star's orbit by

Unsatisfied by these possibilities, Penn State University astronomer Jason Wright is prepping a new paper that will present an unusual interpretation for the light pattern. Wright and his team believe the pattern suggests a "swarm of megastructures" that could be technology designed by extraterrestrials to capture energy from the star.

“Aliens should always be the very last hypothesis you consider," Wright told The Atlantic, "but this looked like something you would expect an alien civilization to build.”

The team is working on a proposal to point a massive radio dish at the star to see whether it emits frequencies that indicate technological activity. If their findings offer evidence that this is the case, they hope to go further using New Mexico's Very Large Array, which will enable a deeper analysis of the radio waves.

The hypothesis may be far-fetched, but considering the technology human beings used to discover that this anomalous light pattern existed in the first place, it's not beyond the realm of possibility that the strange cluster of objects could be another form of technology deployed from elsewhere in the universe.

Read more at The Atlantic.