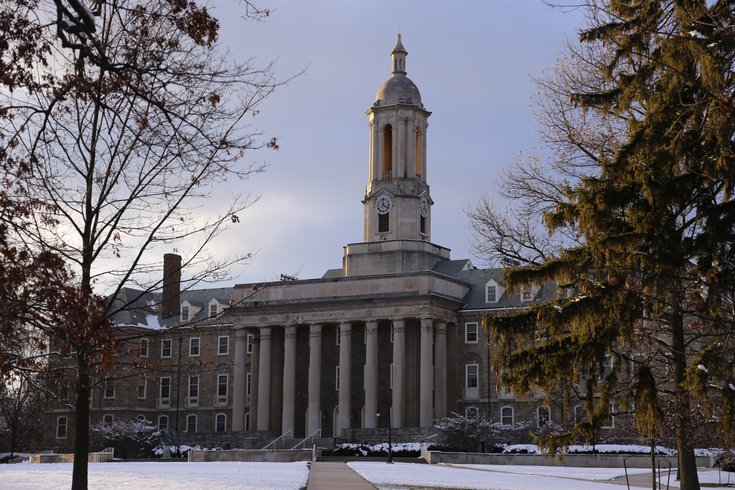 Officials at Penn State University have imposed a temporary ban on all social functions at affiliated fraternities following the death of a sophomore who fell down a set of stairs at a party last Thursday night.

An investigation into the death of 19-year-old Timothy Piazza, an engineering student, remains ongoing after State College police ruled the incident accidental on Tuesday. Piazza was severely injured late last Thursday while attending a party at the Beta Theta Pi fraternity house located on the school's campus.

Authorities determined that nearly 12 hours passed before an ambulance was called and Piazza, discovered unconscious, was hospitalized for "multiple traumatic injuries from a fall," Dauphin County Coroner Graham Hetrick told FOX43. Piazza succumbed to his injuries at Hershey Medical Center on Saturday morning.

Members of the Beta Theta Pi fraternity told police that Piazza, who recently became a brother at the Alpha Upsilon chapter, had been intoxicated at the time of the incident. The fraternity issued a statement on Monday announcing that it had suspended all social activities while the investigation, led by State College police and the Centre County District Attorney, remains ongoing.

State College Borough Police Lt. Keith Robb told NJ.com that Piazza's death was "definitely" preventable, adding that while failure to provide medical attention is not a crime barring reckless endangerment, it is "morally wrong," and Piazza would have had a better chance of survival had the incident been reported earlier.

On Wednesday, Penn State officials and the university's Interfraternity Council agreed to place a moratorium on all social functions until all relevant organizations come to an agreement on policy changes.

Recent events, including a tragic student death associated with activities in a fraternity house, as well as growing allegations of misconduct in these organizations, have resulted in joint action by both Penn State and the Interfraternity Council, the governing body for University fraternities, to halt all social activities for IFC chapters until further notice.

The university said recent allegations of hazing and sexual assault were also a factor in the decision to ban social functions, which are defined as any activities sponsored by a chapter or its members where alcohol is present, whether on or off the chapter property.

"An aggressive timeline is being established to finalize plans and adopt recommendations for change,".the university said in a statement.

Earlier this week, Piazza's older brother posted a moving message about the impact Tim had and will continue to have on his life.

Authorities said they are reviewing surveillance video as part of the ongoing investigation. In the event officials find evidence of reckless endangerment, criminal charges remain a possibility.