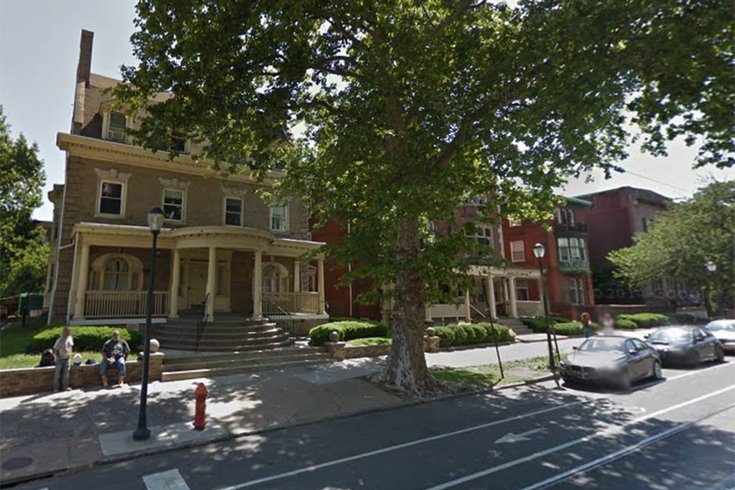 A group of fraternities along Spruce Street on the University of Pennsylvania campus.

The leaders of the University of Pennsylvania's Intrafraternity Council have spoken out about the controversy surrounding Greek life's role in a "rape culture" considered prevalent on and beyond their campus in West Philadelphia.

"We're not trying to pass the buck along," said David Moore, president of the IFC, which oversees Penn's 27 affiliated fraternities. The university's sororities are led by the Panhellenic Council (PHC) and the Intercultural Greek Council (IGC) serves as an umbrella for historically African-American, Latino and Latina, and Asian Greek letter organizations at Penn.

Moore and IFC Judicial manager Griffin Rubin spoke to PhillyVoice on Monday night a day after more than 930 women in Penn's sororities signed a statement condemning silent complicity in a climate of sexual degradation on campus. The statement highlighted the disproportionate share fraternities statistically carry in sexual assaults and harassment around the country.

"The rape culture put out on the flier is undeniably true and prevalent," said Rubin, who commended the sororities for their broad-based action and said that the IFC is also striving to attain higher goals.

"OZ is in no way affiliated with the IFC or with Penn," Moore said. "The unfortunate reality for us is that since they have no ties, there's nothing we can do to reprimand them officially. That's frustrating for everyone involved in the situation. If an on-campus organization under our umbrella did this, they would absolutely be held accountable."

This was what the IFC said immediately after the fliers appeared, upsetting some who felt it was a chilly response to the issue, Rubin explained.

"We felt bad about that, but we have a responsibility to our members," Rubin said. "That's the difference between on- and off-campus fraternities. An on-campus fraternity could have had its charter revoked nationally. There's no enforcement on our end here."

Whether the university can take binding action against OZ remained unclear to the IFC based on its conversations with administrators since the email's exposure. The two senior IFC leaders have no idea where OZ's access to female students came from — Griffin speculated a list could have been obtained using the campus-wide web portal — but they believe the emails have been going out annually.

"We understand that's not the issue at heart," Moore said. "We know there's more that we can do."

'WE'RE NOT STANDING IDLY BY'

The IFC wants those who signed the statement, and the entire Penn campus, to know that they are taking a proactive position toward the larger issues at stake.

"On behalf of the IFC member chapters, we've reached out to identify solutions to the problem of sexual assault and the culture that permits it," Rubin said. "What's been seen regarding sexual treatment and assault on campuses around the country can't continue."

Already, Rubin said, the IFC has arranged two meetings this week with campus groups that work to educate students about ways to prevent unwanted advances and an environment of distrust. Another five organizations, some professional and some run by students, have been contacted. Men Against Rape & Sexual Assault (MARS), for example, works to teach men the importance of respecting the boundaries and dignity of women on and off campus.

As for the university's administrative resources, Moore and Rubin said the Office of the Provost of Undergraduate Life has already been immensely helpful in stimulating the kind of dialogue that will motivate change.

"We know it can't happen overnight," Moore said. "It's going to be hard work and a step by step process.to see this diminish over time. This isn't an easy conversation, but we want people to know that were not standing idly by."

In a hypothetical scenario of role reversal, Moore said he realizes — and he hopes campus fraternity members realize, too — how disturbing it might be to receive the email sent out by OZ.

"I think we would say we definitely hear you and now we're listening. We're all ears," Moore said. "Let us know the pain you're experiencing so that we can do everything we can to combat this culture."

Abby McGuckin, an off-campus sorority member and one of the leaders of the fliering and statement initiatives, told PhillyVoice that the IFC's response was deeply encouraging.

"The depth and breadth of the responses from Moore and Rubin are exactly how I hoped people in on-campus fraternities would react. I've had many conversations with brothers who share similar views," McGuckin said. "That's what's so exciting about this — it's why we took the action we did."

At this point, the IFC believes it has to do its due diligence and learn from experts before claiming to know what will fix the problems specific to fraternities on campus. The group is hesitant not to proclaim all of the hazardous fault lines between what constitutes a virtuous, uplifting party culture in a tough academic setting and what devolves into the destructive rape culture denounced this week by the sororities on campus.

"It's too soon for us to define that, but we'll be learning a lot more in the coming weeks," Rubin said. "We need to evaluate and reevaluate our stances on all of these issues. We want to set a good example and we believe people will follow suit."

McGuckin, a sophomore, believes a commitment to positive examples is the key to real transformation.

In the IFC's view, moving forward doesn't involve reaching out to OZ about their hurtful email.

"I don't think it's necessary," Rubin said. "I think the stories that have come out have done enough to show them they made a mistake and they should change their ways."

Ultimately, Moore and Rubin feel that the maturation of college students circles back to personal responsibility. They're not concerned about fraternities buckling under the pressure of correcting what amounts to a matter of social decency and peer support. These issues can potentially be addressed by modifying recruitment, pledging and intervention strategies, they believe.

"The entire system is always going to have some bad apples," Moore said. "Our goal in this whole effort is to confront problem members — not even chapters — and help make them better people in society."

"I know I've seen men in fraternities who can start these dialogues and be agents of change," McGuckin added. "I really hope that our fliering and our statement will incite this kind of action."

At Penn, Rubin believes, the future of fraternities and sororities is safe because it comes down to students fulfilling the reasons they were moved to join them in the first place.

"I was talking to David earlier about this and he reminded me what it was," Rubin said. "Among the guys I met, I saw from an academic, professional and personal standpoint that this community made the most sense for me. That's the reason fraternities and sororities are popular on college campuses, because people find the groups that provide the best place for them to develop as human beings and as leaders."