Pennsylvania students under fire for filming racist game of hangman 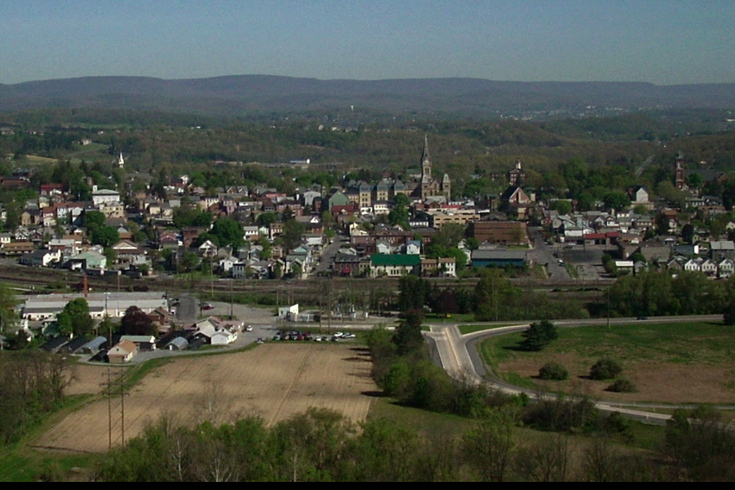 Two teens at a central Pennsylvania high school are facing condemnation after a video surfaced on social media showing them playing a racist game of hangman.

The video first appeared Tuesday on Snapchat and depicts one of the students filling out the letters of the N-word on a dry-erase board. (Note: Video contains racially offensive content).

yall thought i was playin? pic.twitter.com/QmrZp463wr

As the video spread online, it was eventually connected to students at a school in the Hollidaysburg Area School District in Blair County, about 10 miles south of Altoona. It wasn't immediately clear whether a teacher was in the classroom at the time of the incident.

The school district later released a statement on Facebook.

One of the students posted and later deleted an attempted apology on Facebook, according to the Altoona Mirror, which withheld the student's name. He claimed he was receiving death threats in response to the video.

I am genuinely sorry for my actions at school today. I’m not a racist. I have many black friends and I shouldn’t have used that word. I’m a stupid kid and I was just trying to be funny. I know now that it is not funny and I’m very sorry to anyone offended by the post. It was a dumb mistake and was only to be pointed at one person. Which he is a very good friend of mine. I have no problem with any races. I am a lover of all people. (Name removed) was the one that recorded it which I had no idea he recorded it. I’m very sorry. It was never meant to get out to the public. This isn’t right that (Name removed) and I are getting death threats. I have realized how big I messed up. I am friends with tons of black people and I work with a bunch. This has gotten out of hand and shouldn’t have happened at all. There was no teacher in the room. I am very sorry to the ones that I offended and everyone that is involved in this.

The incident marks one of several racially offensive social media posts from high school and college students in recent years. A campus wide investigation was launched earlier this year at Temple University when several racist Snapchat messages were sent from one student to another at the Community College of Philadelphia.