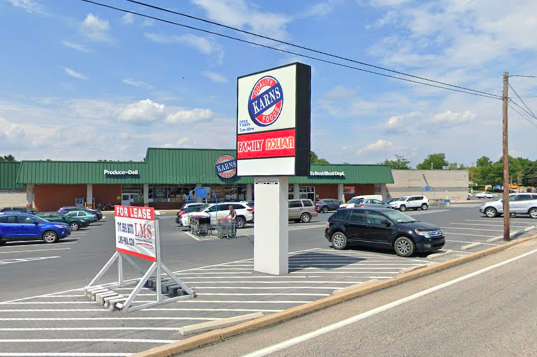 Daniel Tabussi, 57, allegedly harassed an elderly man while shopping at Karn's market in North Middleton Township, Cumberland County, on March 20, 2020. Investigators said Tabussi told the victim he had coronavirus and coughed on him.

A Pennsylvania man is facing criminal charges after he allegedly coughed on an elderly shopper at a grocery store and told the victim, who was wearing a face mask, that he had the coronavirus, according to police.

The incident occurred last Friday at at the Karns grocery store on the 1700 block of Spring Road, police said.

Tabussi allegedly approached an elderly man who was recovering from pneumonia and was wearing medical gloves and a face mask to protect himself from exposure. The victim was shopping during the market's seniors-only time slot.

According to police, Tabussia coughed multiple times in the direction of the victim and made several remarks mocking the man for wearing a mask. The elderly are more susceptible to serious complications stemming from COVID-19, including pneumonia and respiratory failure.

At one point, Tabussi allegedly told the victim that he was infected with COVID-19.

A date has not yet been set for a hearing on Tabussi's alleged offenses.

Pennsylvania had confirmed a total of 851 COVID-19 cases as of Tuesday afternoon, including seven deaths.