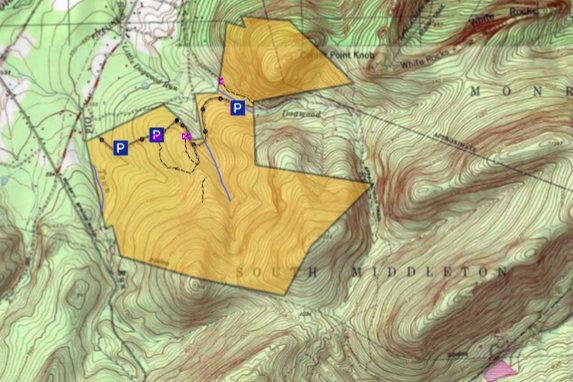 Officials with the Pennsylvania Game Commission in South Middleton Township, about 20 miles southwest of Harrisburg, have warned hunters to exercise caution after a "spike strip" was recently found on a state game lands trail.

According to the Morning Call, game officers found a strip of wood studded with large screws in state game lands 305 in Cumberland County.

The spike strip appears to have been placed deliberately in a hidden location that would either burst the tires of a vehicle or puncture the feet of hunters, hikers or birdwatchers making use of the trail.

Game Commission officers are trying to determine who is responsible for placing the strip on the trail and plan to prosecute once a suspect is identified.

Anyone with information about the this crime is asked to contact the Pennsylvania Game Commission’s Southcentral Regional Office at 814 643-1831.