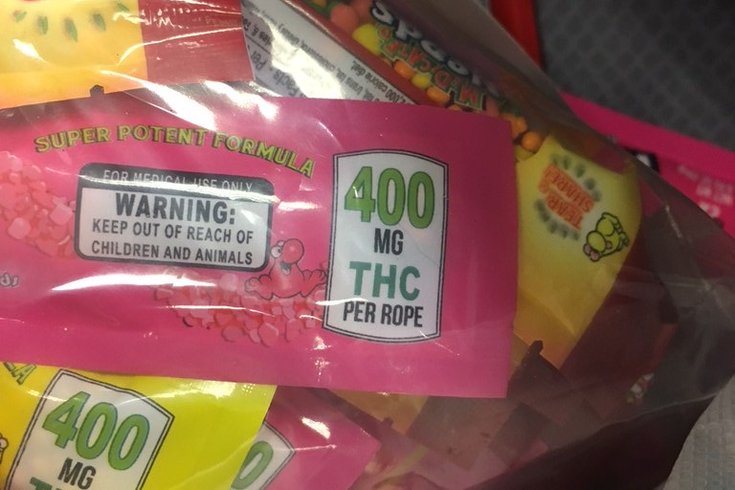 Police in Pennsylvania urged parents to double-check their kids' Halloween candy this year after a drug bust turned up a THC version of a popular candy.

Police in Pennsylvania urged parents to double-check their kids' Halloween candy this year after a drug bust turned up a THC version of a popular candy.

The Johnstown Police Department arrested a 27-year-old man Wednesday who turned a rented storage unit into a mini-warehouse for distributing pounds of marijuana, along with other drugs like crystal meth, heroin, and fentanyl.

During the drug bust, police said they found a stockpile of what looked at first glance to be the popular Nerds Rope candy. Upon further inspection, police determined the candies contained 400mg of THC, the main psychoactive compound found in cannabis.

Marijuana edibles are hardly a new development, but the increased presence of marijuana across the country in the wake of increased legalization measures makes for a fertile ground in terms of new edible THC products.

"During this Halloween, we urge parents to be ever vigilant in checking their children’s candy before allowing them to consume those treats. Drug laced edibles are package like regular candy and may be hard to distinguish from the real candy."

A study earlier this year found that marijuana edibles were behind a disproportionately high percentage of marijuana-related emergency room visits in Colorado between 2012 and 2016. Colorado legalized the sale of marijuana in 2012.