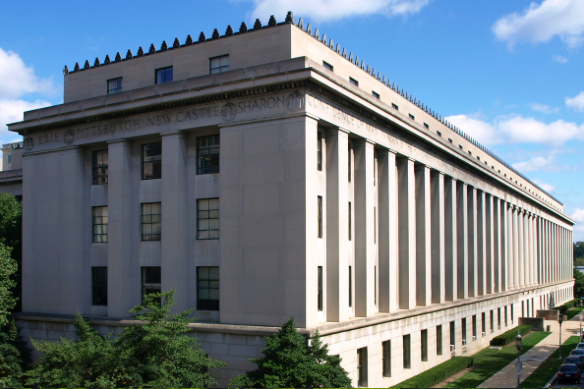 The state of Pennsylvania has filed a federal lawsuit against Delaware claiming that its southern neighbor is holding $10.3 million in uncashed MoneyGram checks that should be returned as unclaimed property.

The lawsuit revolves around Delaware-based MoneyGram Payment Systems Inc., a national money transfer and payment service that handled the official checks, similar to money orders, at its locations in Pennsylvania, according to The Morning Call.

When MoneyGram accepts payment from purchasers to issue checks, it charges a fee and holds the requested funds in an escrow account in the event that a check is never presented for payment. In Pennsylvania, businesses are required to turn over unclaimed money or property to the state treasury if there is no activity for a specified period, typically three years for cash, travelers checks and money orders.

Once the state treasury takes possession of the property, it holds onto it until a rightful owner comes forward to claim it. If that does not occur, the property is transferred to the state's general fund, though owners reserve the right to reclaim it in perpetuity.

In the current dispute, Pennsylvania commissioned an audit that revealed MoneyGram had turned over $10,293,869 in unclaimed checks to Delaware between 2000 and 2009. Because MoneyGram is incorporated in Delaware, it returned the property to the office in its home state as a matter of practice. Pennsylvania Treasury officials requested that Gregor remit the funds, but he refused to do so.

Gregor has argued that the checks in dispute are not a form of a money order, but rather a "third party check" that should be exempt from the Federal Disposition Act.

Pennsylvania is asking a judge to order Delaware to return the checks to Pennsylvania and impose a fine of $1,000 per day and 12 percent interest against MoneyGram.