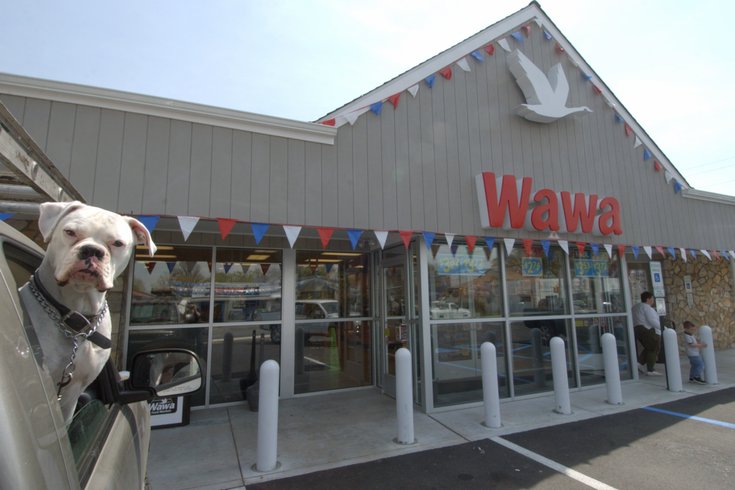 A new Wawa opened in Palm Shores, Florida, on Thursday, and had you been there, you would have thought Zayn Malik rejoined One Direction in a mall packed with teenage girls.

If there were any doubts that the convenience store/gas station chain's cult following has extended beyond the Delaware Valley, they should be squashed. Because when the ribbons were cut at 8 a.m. in a town 1,000 miles away from Philadelphia, "fans" were already lined up out the door.

Florida Today reporter Jessica Saggio was at the scene three hours beforehand, and what she described resembled a political rally more than an opening for a place to get coffee and a sandwich:

Alright. I'm up. I'm up. Getting ready to go cover the opening of the Palm Shores Wawa. 5 a.m. is a mythical hour I've seen like once before

A small crowd has gathered outside Brevard's first @Wawa waiting for the store to open at 8 a.m. #WawaFlorida pic.twitter.com/2HoQeDJDh2

. @Wawa employees are handing out bananas and water bottles to those waiting in line outside pic.twitter.com/MCewvOoKCu

Brian Smith of Palm Bay was the first person in line this morning. The Philly transplant got here at 4:45 a.m. pic.twitter.com/mhkpZc6EkA

The music is pumping, employees are clapping and it's almost @Wawa time! #WawaFlorida

Considering the location is the first in Florida's Brevard County, the excitement seems understandable, especially for transplants from the Philly area, as Saggio reports:

Brian Smith, a Palm Bay resident, was first in line. Sipping on a coffee he brought himself, he became a sort of ambassador for the store before the opening, chatting with people as they drove up. The Philadelphia transplant grew up with Wawas and was determined to be the first customer. And that he was.

What's all the hype about? He explained, "It's like a 7-Eleven with a Publix deli inside on steroids."

Wawa is aggressively expanding in the state. The Delaware County-based company plans to open 120 new stores in Florida before the end of 2022.

That's in addition to new stores in Center City Philadelphia. Last year, a flagship location opened right at the corner of Broad and Walnut streets, and another is planned for 19th and Market.