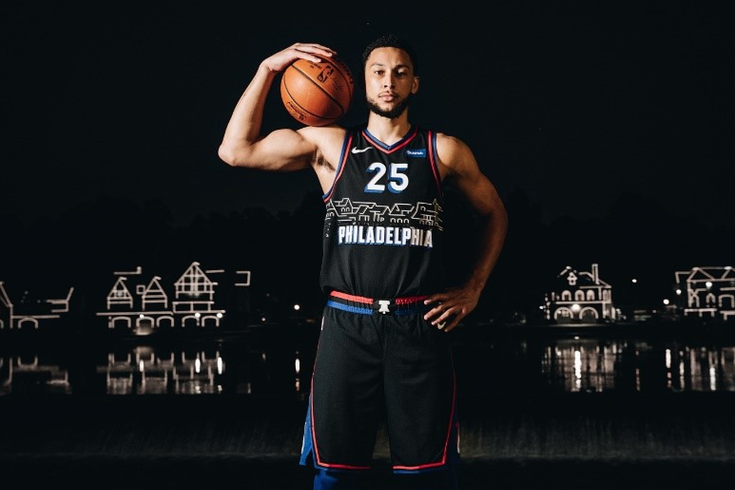 Since his rookie season with the team, Ben Simmons has pushed for the Sixers to bring back the black jerseys.

The 2020-21 NBA season will get underway exactly six weeks from Tuesday, and the Philadelphia 76ers’ wardrobe line will consist of a new black jersey for the first time since 2009.

After much speculation that the iconic black uniforms could be returning, the franchise made it official on Tuesday when it unveiled its City Edition jerseys for the forthcoming season.

The tops display the player’s number and “Philadelphia” written out in white with blue drop shadow, as well as an outline of Philly’s Boathouse Row when lit up at night along the Schuylkill River. Both the tops and bottoms are outlined by red and blue trim, and the shorts' waistband features a depiction of the Liberty Bell. 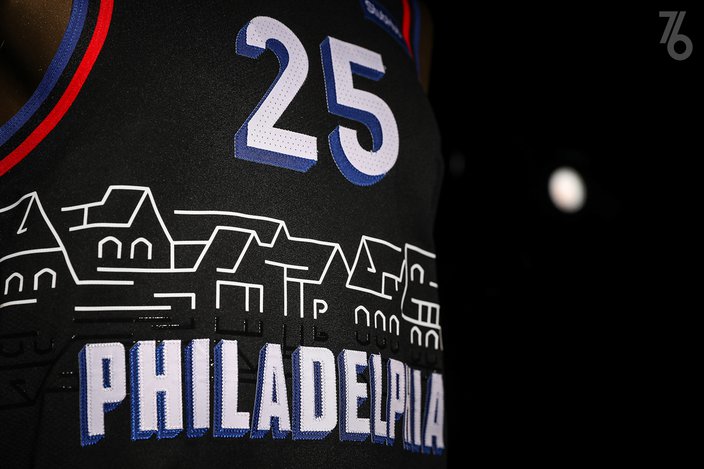 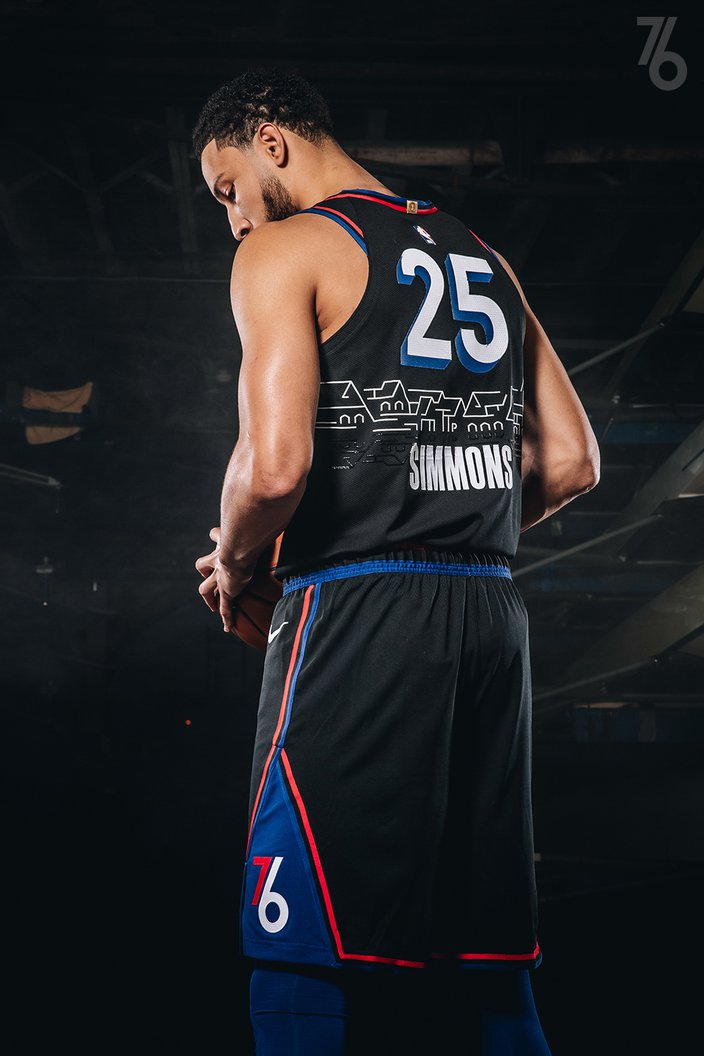 With the new jersey comes a new court design at the Wells Fargo Center as well. “Philadelphia, USA” is written in white on both black-colored baselines under the basket. The sidelines consist of red, black, and blue coloring, and the red-and-blue “76” logo sits at center court.

Both paints are doused in black with blue trim highlighting both the lane and the free throw line. The three-point lines are also colored blue. 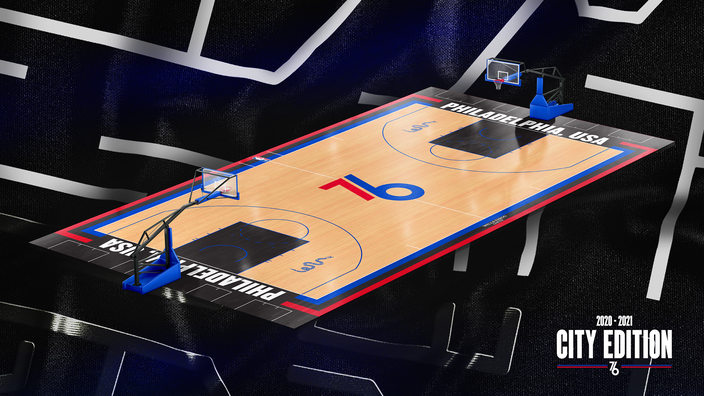 The iconic Philly landmark has been lined with lights since the nation’s bicentennial in the late 1970s.

“We love telling stories through the 76ers brand, specifically of our great city and always honoring our history,” Sixers President Chris Heck said. “This year, we celebrate our city edition uniform by blending the old and the new specifically for the greatest fans in the world to enjoy.”

The franchise’s original black jerseys were made famous by Allen Iverson, especially during the Sixers’ playoff run to the NBA Finals in 2001.

During his rookie season with the team, Ben Simmons pushed for the Sixers to bring the black jerseys back. In the fall of 2017, the All-Star posted a now-deleted poll question about bringing back the black jerseys. Fans overwhelmingly voted in favor of the jerseys, and Heck made Simmons a promise. If Simmons won the Rookie of the Year Award in 2017-18, he would be included in the organization’s jersey design process.

After capturing the honor, Simmons helped design the new uniform, which had been teased by Heck in several recent Twitter posts.

“Growing up in Australia, I always associated the 76ers with the black uniform that Allen Iverson wore in the early 2000s,” Simmons said. “I’m a lover of both fashion and basketball, so to combine the two and be part of the design process for the first black 76ers uniform in over a decade was amazing. I’m grateful the team included me from the jump and can’t wait to wear this jersey next season.