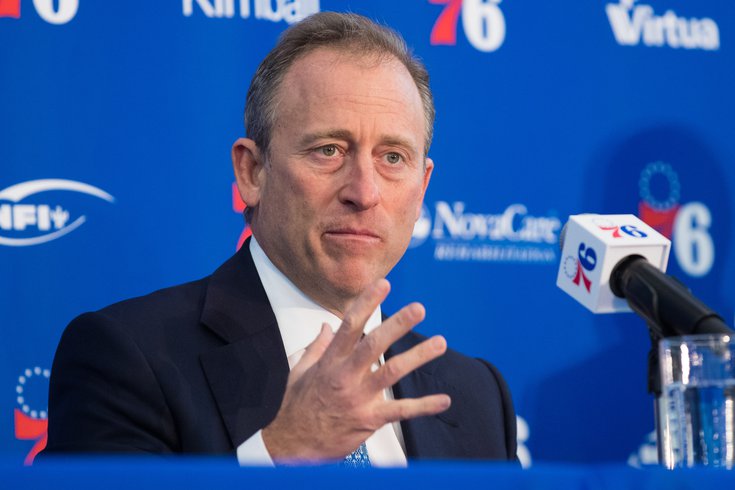 Philadelphia 76ers’ owners Josh Harris and David Blitzer are officially in the business of the NFL, as the two individuals have reportedly bought a minority stake in the Pittsburgh Steelers.

The stake is less than 5% and makes both men passive investors in the team—meaning that Harris and Blitzer cannot have input on football operations, according to Bloomberg.

The exact price of the transaction, which reportedly took place earlier this year, is unknown at this time. But Harris and Blitzer may have paid as much as $140 million for the minority stake in the six-time Super Bowl champions.

The investment, however, does not fall under the umbrella of Harris Blitzer Sports & Entertainment, the ownership group that operates the Sixers, the New Jersey Devils, the Prudential Center in Newark, and the Crystal Palace soccer club of the English Premier League.

The minority stake in the Steelers acquired by Harris and Blitzer may very well have been the one previously owned by David Tepper, who is now the majority owner of the Carolina Panthers.

Since the inception of the franchise, the Steelers have been majority owned and operated by the Rooney family. The team was most recently valued by Forbes at $2.8 billion, which ranks 14th in the NFL. The Eagles rank 10th in the league at a little over $3 billion.

The news of Harris and Blitzer becoming minority owners in the other NFL team that calls Pennsylvania home comes just a week after a report emerged linking the ownership group to possibly buying the New York Mets.

Negotiations between the arch-nemesis of the Phillies and the ownership group are still in the early stages.

Harris and Blitzer purchased the 76ers for roughly $287 million from Comcast Spectacor—the owners of both the Flyers and the Wells Fargo Center—in 2011. In 2013, the ownership group bought one of the Flyers’ biggest rivals and the arena which they call home for over $320 million in 2013.