The show is hosted by Eli Kulp, co-owner of the High Street Hospitality Group 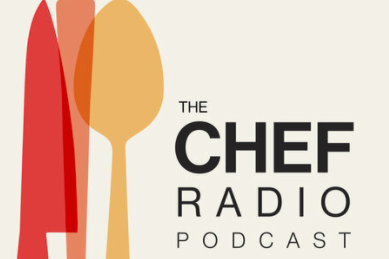 'The CHEF Radio Podcast' showcases interviews with stars of the food culture, including Philadelphia most well-known chefs, like Joe Beddia of Pizzeria Beddia, and Michael Solomonov of Zahav. It is hosted by Eli Kulp, owner of Fork and High Street on Market.

A new Philly-based podcast hosted by a local chef offers in-depth interviews with stars of the city's food scene, including discussions about the impact of the coronavirus pandemic on their businesses.

There have been 13 episodes of show. Among Kulp's guests have been some of Philadelphia's highest-profile chefs: Rich Landau of Vedge, Joey Baldino of the Palizzi Social Club, Michael Solomonov of Zahav and Joe Beddia of Pizzeria Beddia. Kulp talks to his guests about the restaurant business and about how they are coping with the impact of the coronavirus crisis.

Kulp was a passenger on the Amtrak Train 188 that derailed and crashed in Frankford Junction as it traveled from Philadelphia to New York in 2015. He suffered serious injuries in the crash and is a quadriplegic.

Kulp talks about the crash one of the podcast's first episodes. The chef describes how the train shuddered before it derailed, then he flew into the air, smashing his neck into the luggage rack above, and next being buried in the wreckage, unable to move and barely able to talk.

The traumatic experience changed his life and his career as a chef. Kulp said he had thoughts of suicide and, since he had been traveling to New York that night to work on a new restaurant he was opening, he blamed his ambition. Listen to Kulp tell his story below.

"The CHEF Radio Podcast" is produced at Philadelphia's RadioKismet, a podcast studio, which also just launched the American Poetry Review's new show. On their site, they applaud Kulp's new launch into a career as a food podcast host.

In the latest episode of his podcast, Kulp interviews Beddia.

Episodes of "The CHEF Radio Podcast" can be found at podcast's website and are available for free on Apple Podcasts, Spotify, and Stitcher. Learn more here.