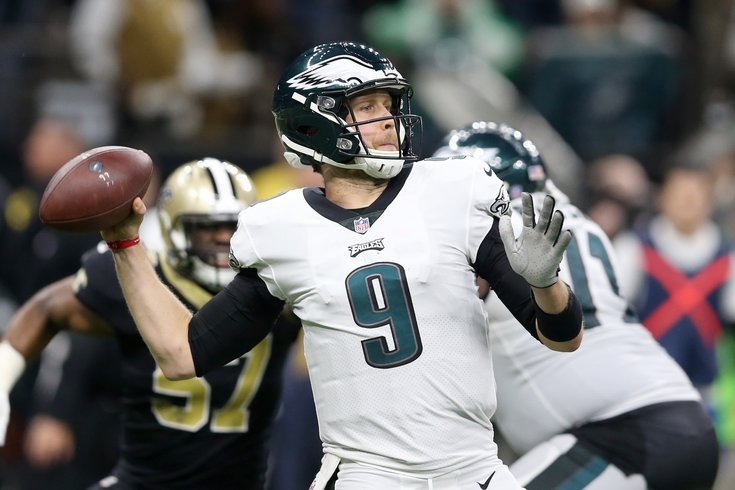 Former Philadelphia Eagles' quarterback Nick Foles, now with the Chicago Bears, and his wife Tori have a new baby. Their second child Duke Nathan was born Friday, June 12 at 4:08 p.m.

Philadelphia Eagles Super Bowl hero Nick Foles and his wife Tori have announced the birth of their second child.

Duke Nathan Foles was born at 4:08 p.m. Friday, weighing 9 pounds and measuring 21.75 inches, according to an Instagram post by Torie Foles on Wednesday.

MORE: Columbus Monument at Penn's Landing being considered for removal

"What a true miracle and sweet surprise it is to meet our baby BOY," Tori wrote about the family's newest bundle of joy. "Lily has a new best friend and loves her baby bro so much. We feel incredibly blessed and are enjoying every second with our little man."

Duke Nathan Foles 💙 6/12/20 at 4:08 pm 9 lbs, 21.75 inches long What a true miracle and sweet surprise it is to meet our baby BOY! Lily has a new best friend and loves her baby bro so much. We feel incredibly blessed and are enjoying every second with our little man 💙🌈 #dukenathanfoles

Nick and Tori announced they were expecting a baby in February. Their daughter, Lily, was born in 2017.

This was the couple's third pregnancy. Last year, Tori revealed she had suffered a miscarriage at 15 weeks when she went into sudden labor after contracting pneumonia.

Foles was traded to the Chicago Bears in March following an injury-plagued 2019 season with the Jacksonville Jaguars. The Super Bowl LII MVP had signed a four-year, $88 million deal as a free agent to become Jacksonville's franchise quarterback following the 2018 season.

In Chicago, Foles is projected to compete for the Bears' starting quarterback job with Mitch Trubisky, that team's starter from last season.