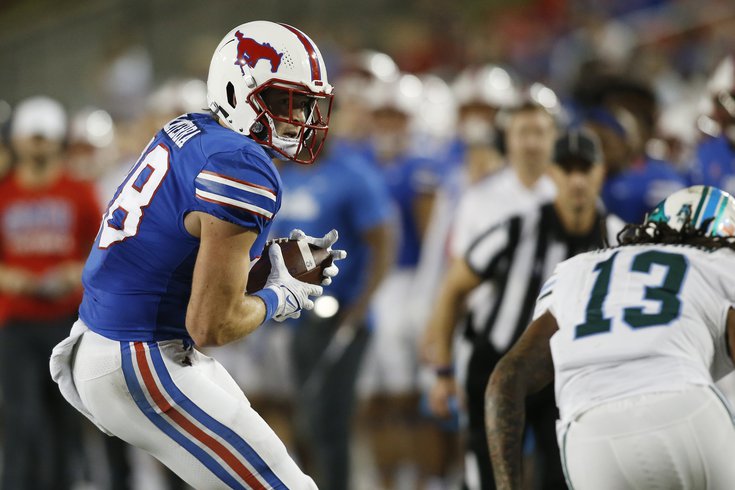 Eagles tight end Grant Calcaterra when he was playing at SMU.

His scouting report from Lance Zierlein of NFL Network, emphasis mine.

An athletic tight end with quality ball skills and receiving acumen, Calcaterra has a concussion history that will be flagged by some teams. He retired from football in 2019 and spent 2020 preparing to become a firefighter before transferring to SMU, where he showed he still had it as a two-level pass-catcher. He plays with good football IQ versus zone coverage but might benefit from more pattern breaks to help him uncover against tight man coverage. He won't make a difference as a blocker so he needs to shine as a pass-catching threat. The medical evaluations will be the biggest determining factor in where he might be drafted.

If he can stay healthy, and if he isn't the second coming of Danny Watkins, Calcaterra can carve out a niche role as a move tight end in 2TE sets alongside Dallas Goedert in the Eagles' offense.