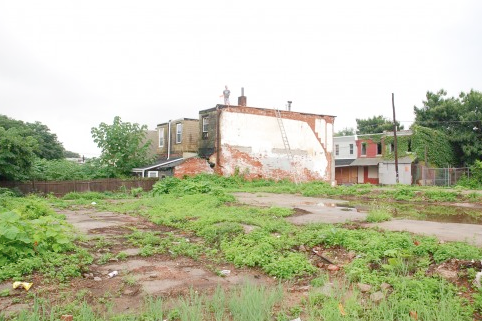 Philadelphia's Land Bank aims to commit thousands of vacant public parcels and properties in the city for urban gardens, side yards, affordable housing and other development.

Created in 2013, the Land Bank's ambitious goal is to strategically clear the titles of vacant, tax-delinquent lots and convert them for community use as affordable housing, urban agriculture, green infrastructure, and the creation of new houses. 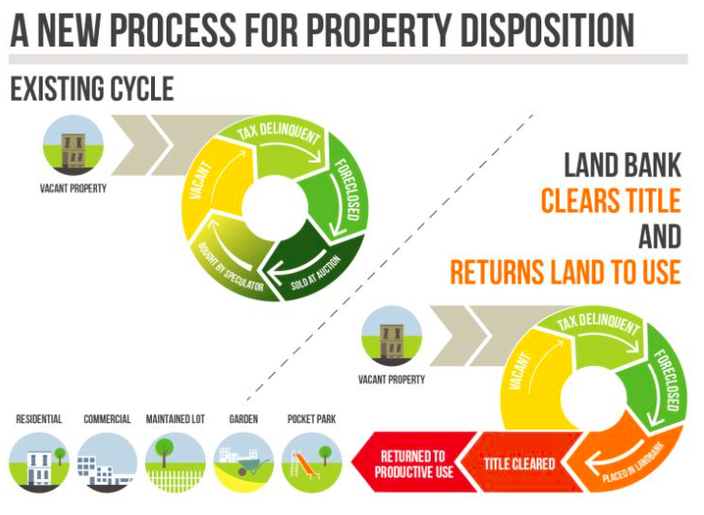 Given the complexity of identifying lots, consolidating ownership and sorting out thorny tax liens, progress has been slow but steady. Late last year, led by Interface Studios, the Land Bank released its first strategic 5-year plan based on a 4-month analysis of city data from the City Planning Commission, the Water Department, the Office of Innovation and Technology, and the Revenue Department, according to PlanPhilly.

The plan identified nearly 32,000 vacant parcels, 8,000 of them publicly owned and not committed for a specific use. Among those properties, 2,100 vacant lots were situated next to homes whose owners are fully up to date on their taxes and could absorb them as side yards.

At a hearing last Wednesday, Land Bank advocates established specific goals based on city property data, using decisions trees to identify how many parcels will be allocated for urban gardens, side yards, affordable housing, and other forms of development that ideally avoid displacement. By the end of 2015, the Land Bank aims to dispose 250 properties for reuse, and beginning next year it will up the volume of properties transferring in and out of its ownership. 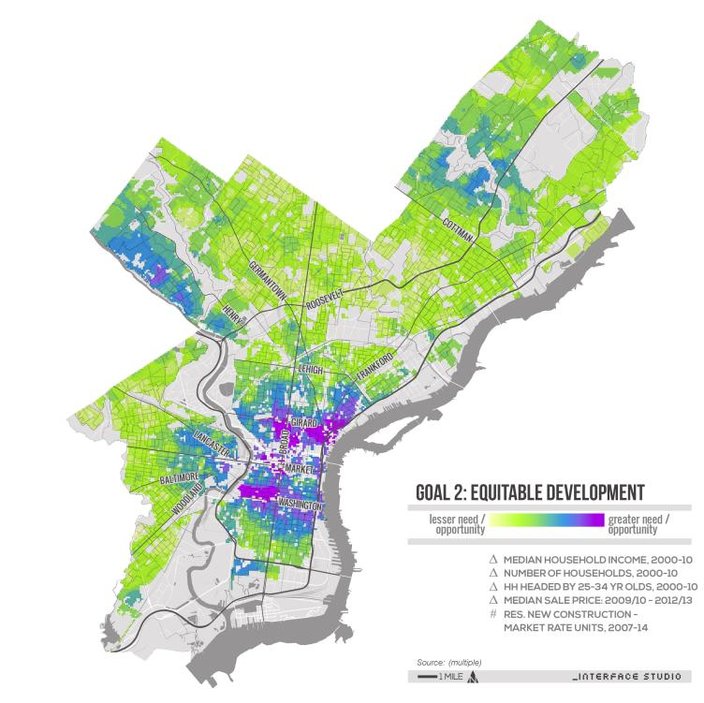 Several Land Bank advocates called for more aggressive acquisition of properties from city agencies and specific benchmarks for reuse, with a goal to transfer the entire public inventory of vacant properties by 2017 (the current goal is more modest, at 2,000 properties by 2018). Plans for private tax-delinquent properties, which total around 24,000, will be developed as the Land Bank grows into an operational entity linked to the development goals of the City Planning Commission's Philadelphia2035 blueprint and the Philadelphia Housing Authority.

With the election of Jim Kenney last week as Philadelphia's next mayor, the Land Bank has an opportunity to flourish under new city leadership. With greater integration of data and development targets, city agencies can work with closely with community stakeholders to organize a system that effectively transitions abandoned and blighted properties to uses that better serve city residents.

Learn more about the Philadelphia Land Bank Alliance, and how to get involved, at their website. The next Land Bank meeting will be held November 12 to appoint an interim executive director.