Philly parking attendants make less than those in other cities, but the authority's executives are handsomely paid 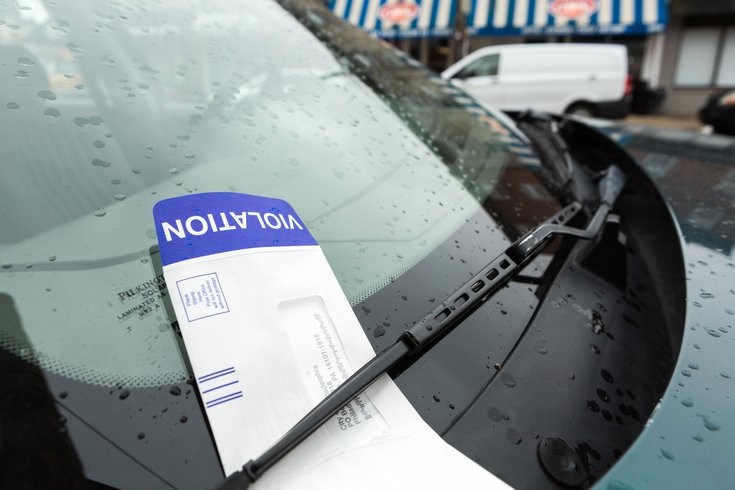 The Philadelphia Parking Authority has 651 enforcement officers patrolling 15,406 spaces – a higher ratio than most other cities analyzed by the City's Controller's Office.

The Philadelphia Parking Authority’s ticketing practices are "inefficient and costly."

That statement comes from a performance audit of the PPA's on-street parking expenses conducted by the City Controller's Office – though it just as easily could come from the mouth of any Philly resident.

The report, released Wednesday, found that the PPA has an overinflated workforce, as well as higher personnel costs and management salaries compared to publicly-run parking agencies in six other cities – Boston, Detroit, Houston, Miami, Portland and Pittsburgh.

The PPA has a higher number of employees per metered parking space than most other cities, the report found. Philadelphia has 15,406 metered spaces and 651 on-street parking employees.

By contrast, Portland has 14,000 spaces and 111 employees but generates $36 million in meter revenue – only $1 million less than the PPA.

Scott Petri, the PPA’s executive director, is the highest-paid parking chief of the six cities analyzed in the report. Petri makes $210,000 per year – $16,000 more than Portland's transportation director and $91,000 more than Boston's top executive.

The PPA raised certain management salaries and added a 3% cost of living adjustment in 2019 despite the Auditor General recommending the PPA curtail salary increases in 2017. The audit found at least 83% of comparable management positions in Boston, Portland and Pittsburgh are paid less than the PPA after adjusting for cost-of-living.

On the other hand, the PPA pays parking enforcement officers the lowest rate compared to other cities. In Philly, the average parking attendant makes a salary of about $43,750.

The audit, which examined fiscal years 2016 to 2019, also found high levels of patronage and a lack of accountability in the PPA’s hiring process.

Of the 107 employees who were surveyed, roughly 23% either held political positions or lived with someone who did. But that percentage could be higher, because the audit did not examine whether employees had an influential political connection elsewhere.

The audit acknowledged that the PPA has worked toward implementing better hiring practices, but it found such policies were not utilized when hiring Petri or Chief Financial Officer Christopher Nawn. It also found oversight issues within the PPA, noting its budget does not needing approval from the state or the city.

"In the midst of a financial crisis, it’s more important than ever that agencies operate efficiently and effectively to deliver quality services," City Controller Rebecca Rhynhart said in a statement.

"My office identified clear opportunities for the PPA to lower its expenses and bring much needed funding to the Philadelphia School District. If we truly want to operate with the best interest of our kids at heart, the PPA needs to prioritize fixing the issues we found."

Once the PPA has paid its expenses, the remaining revenue is doled out between the city and the School District of Philadelphia. The first $35 million of the on-street parking unit’s net revenue, plus an additional percentage, goes to the city. The remaining share goes to the schools.

The report made several recommendations to improve the PPA's on-street parking expenses and increase funding to the school district:

• Automatic salary increases and cost-of-living adjustments for management employees should be stopped.

• The workforce should be made more efficient by evaluating the need for each position and cutting unnecessary roles.

• Open positions should be publicly advertised and filled using a merit-based system that considers a candidate's qualifications.

• In order to increase transparency, the PPA should allow greater public scrutiny of its annual budget.

PPA Chairman Joe Ashdale said those recommendations had been enacted "long before" the controller's review began. He emphasized that the PPA made record payments to the city and school district in each year of the audit.

"Regarding the controller's apples-to-oranges comparison of the PPA operation to other cities, as the Auditor General acknowledged in his 2017 report, the PPA is unlike any other parking authority, making comparisons nearly impossible," Ashdale said in a statement. "Any attempt to make comparisons of expenses and salaries with other cities whose operations bear no resemblance to Philadelphia's parking environment or scope of services is significantly flawed."