The 1.5 mile journey explores the history behind several often forgotten figures in the city's past 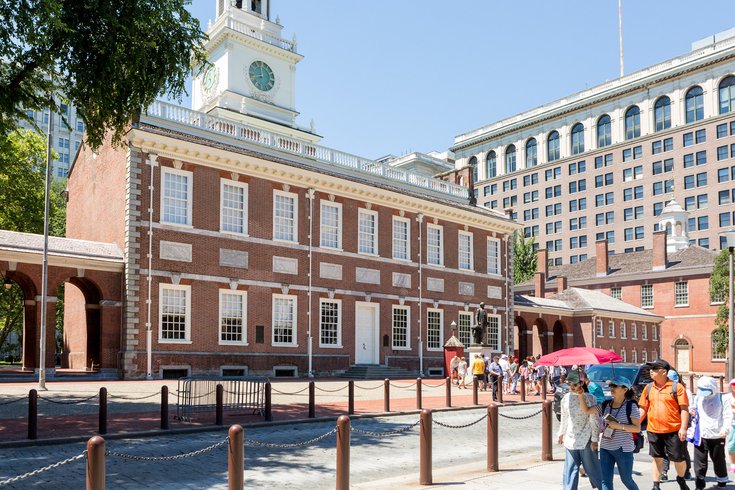 Beyond The Bells is hosting daily walking tours around Center City and Old City for Women's History Month, telling the stories of trailblazing women in Philadelphia history.

Hannah Callowhill Penn was more than just the second wife of William Penn. She effectively ran the Province of Pennsylvania for six years while her husband suffered several strokes, and remained in control for eight years after he died in 1718.

Despite her important role in the states history, she is rarely remembered as an early founder. Though she has had a royal blue historical marker on 2nd St. since 2000, there is no shiny statue commemorating the first woman to control a British colony.

However, Hannah Callowhill Penn is one of several stops on the Badass Women's History Tour, a walking tour provided by Beyond The Bell that explores the importance behind several often forgotten women in Philadelphia's history.

Beyond the Bell was established in 2018 as a way for co-founders Rebecca Fisher and Joey Leroux to highlight the people and communities typically left out of mainstream tourism.

"I was giving tours in Philly and I noticed how few women were featured on a typical tour of Philadelphia," Fisher said. "I wanted to highlight the incredible women who have made Philly the city we know and love."

The Badass Women's History Tour is available every day at 11 a.m. There are also some virtual tours available later in the month. Tickets are on sale for $49.

The tour will take guests to see Penn's historical marker to learn more about her life and control over Pennsylvania as a colony.

Another historical figure featured is Ona Judge, an enslaved woman who escaped George Washington after discovering that she was going to be transferred to the ownership of his granddaughter.

Guests will also learn about Barbara Gittings, an LGBTQ pioneer who organized the "Annual Reminder" gatherings at Independence Hall from 1965 until 1969. Gittings started the gatherings in protest of the United States' lack of protections for LGBTQ individuals.

The tour will go into detail about women in medicine and lesbian leaders in the Gayborhood. Those who want to learn more about Philadelphia's LGBTQ history can sign up for Beyond the Bell's Gayborhood and LGBTQ Tour, which is available daily at 3 p.m.

The Red Rose Girls, a group of female artists working in Philadelphia in the early 1900s, are also included. The women lived communally at the Red Rose Inn in Villanova before moving to Mount Airy in 1906.

A post shared by Beyond the Bell Tours (@beyondthebelltours)

At the time, women living together communally was uncommon, largely because women were unable to access homeownership without the assistance of a man until the mid-1970s.

"The Badass Women's History Tour is our most popular tours because the public is ready for engaging American history that goes beyond the typical narrative most of us have consumed, one that includes exclusively the Benjamin Franklins and George Washingtons of the world," Fisher said. "People are eager to learn more, and this tour offers the opportunity."

The 1.5 mile tour will take place in Center City and Old City.