And because they can still use another starting pitcher, a look at Justin Verlander too. 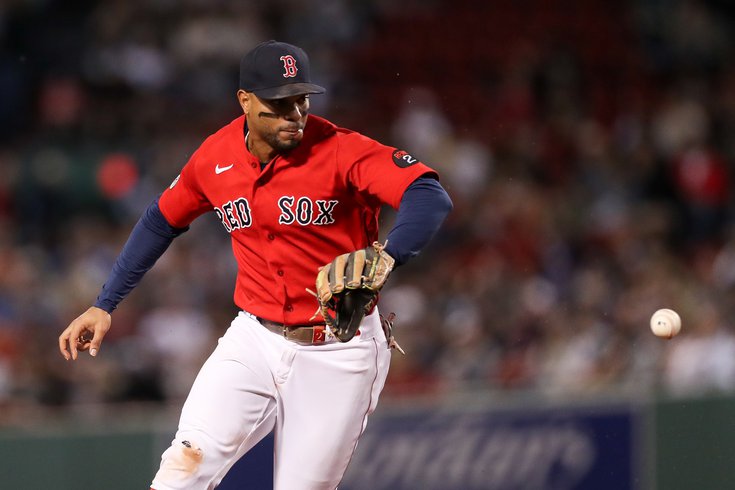 Is Xander Bogaerts destined for a new shade of red?

Rumors have been floating since the middle of the summer, but after a miraculous run to the World Series, the Phillies will definitely be looking to upgrade through free agency in an effort to make it back.

Consistent through all the whispers and speculation over the past several months is shortstop and the two biggest available names to play there: Trea Turner and Xander Bogaerts.

Their names have been mentioned in the same breath as the Phillies quite a few times now and the connective tissue may only grow stronger as the Winter Meetings approach and deals start getting done.

Both are due for a big contract and either would present a huge boost to the Phillies' lineup, though any possible deal would presumably come with a move to second base for budding star Bryson Stott.

What are the chances of Turner or Bogaerts sporting red pinstripes for 2023 and beyond?

Bookies.com put together hypothetical odds for each player's market to try and offer a better picture (though note that these are projections and not available odds to bet on):

With speed and a bit of pop, the two-time All-Star would be a great fit for the Phils at or near the top of their batting order, not to mention a solid glove in the field.

There's history with Bryce Harper from both players' time together in Washington, and based on word out of the GM meetings last week, the Phillies seem to be the top suitor for Turner partially because of a possible reunion with the star outfielder.

"A lot of people at the meetings believe the Phillies are perhaps the most likely landing spot of all for Trea Turner. Let's begin with his close friendship with Bryce Harper going back to their time with the Nationals. That is one element here where Trea would love to play with Bryce again."

There's going to be competition though, there always is when it comes to big-name free agents, but the Phillies' chances appear to be good, per Bookies.com. The only worry seems to be the ever-spending Yankees.

Bogaerts, 30, opted out of his contract with the Red Sox to test the market, and like Turner, would also be a coveted bat for the Phillies to add to the mix.

The five-time Silver Slugger (including this season) and four-time All-Star slashed .307/.377/.456 with 15 home runs, 38 doubles, and 57 walks, and would likely have little issue transitioning from the confines of Fenway over to Citizens Bank Park.

Bogaerts is also linked to Phillies president Dave Dombrowski as he was in charge of the Boston team that won the World Series in 2018, and the Boston Globe did report back in September that the Phils would be "eager suitors" for Bogaerts were he to hit the open market.

He did, and as of now, Bookies.com has the Phillies with the highest odds of signing him.

What about starting pitching? The Phillies could definitely use one more to flesh out a rotation of Aaron Nola, Zack Wheeler, and Ranger Suárez, and perhaps they could look to a veteran arm they just saw in the World Series.

Verlander opted out of his player option with the Astros and at 39 going on 40 is in search of a new deal and a new team.

After missing all of 2021, the former AL MVP and Cy Young winner went 18-4 with a 1.75 ERA and a 0.83 WHIP this season, and while he does have a spotty postseason history, he did hold the Phillies to just a run through five innings in Game 5 of the World Series after his collapse in Game 1. He has also shown that he still has plenty of velocity with 185 strikeouts in 2022.

Verlander is another name that has ties to Dombrowski through all those years together in Detroit, but it seems the Phillies have an outside shot at bringing in the veteran righthander based on what Bookies.com is projecting.

No matter what, expect the Phillies to be active after their first run of success in well over a decade.