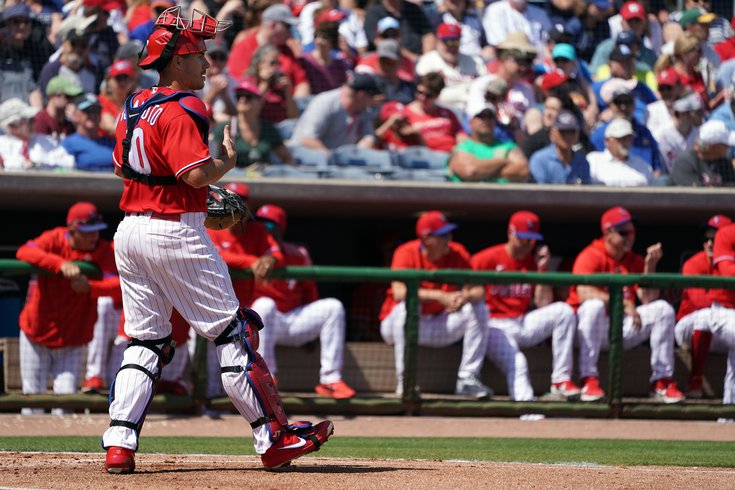 We won't have baseball for a few months (at least), which makes MLB The Show 20 for PlayStation the closest thing we'll have for a while.

The game drops Tuesday, but we were able to sneak a peak at the player ratings for the 2020 Philadelphia Phillies and, well, while the majority of them seem reasonable we do have a few questions.

Here's a look at the ratings for the current 40-man roster (which explains why there is no rating for Alec Bohm right now), and a few thoughts we have on the numbers below:

I think Realmuto should be rated higher. He is tied for the best catcher (with Yasmani Grandal) at 90 overall.

Cutch, still rehabbing from his torn ACL in 2019, is the fourth best player on the Phillies?

Just how Robertson, who hasn't really pitched in over a year, is rated higher than Neris is beyond me.

A lot of love for Arano, who has pitched just 74.2 innings in the majors. But when healthy, he's lethal with a 2.65 ERA.

Kingery has "A" potential, and he is listed as a shortstop — his ranking at third and second bases are likely lower.

Grullon has had just nine major league at bats (with one hit) and will start the year in the minors. Lots of respect for the top catching prospect in the system here — he is ranked nine points higher than Andrew Knapp!

Boy, Arrieta has taken a nosedive.

Seems pretty hard to accept that Williams is rated higher than both Roman Quinn and Adam Haseley.

No respect for the Phillies outfielders beyond McCutchen and Harper. Looks like the Phils will be starting a 69-overall in center. Nice.

Medina's rating is one thing — he is an unproven prospect. But his potential is just a B. Not sure about that one...