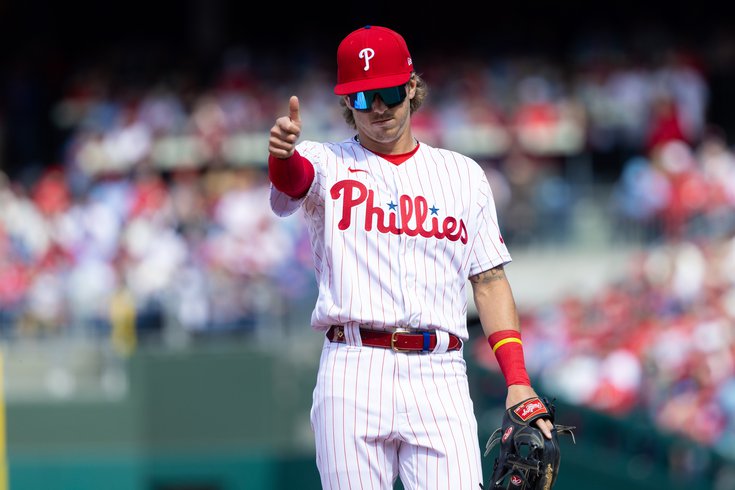 Whatever it was last Sunday at Citizens Bank Park, it went a long way.

Down to their last out against the Angels — down to their last pitch even — with Bryson Stott at the plate, eight-year-old fan Caden Marge was caught on the Phillies' broadcast praying for a miracle.

Stott hit a three-run walk-off blast for a 9-7 Phillies win and a three-game sweep of an Angels squad falling apart at the seams.

Caden went viral, and on Friday — after the team returns home from its quick stop in Milwaukee — he'll be on the field to meet the players ahead of their 7:05 matchup against Arizona, per MLB.com's Todd Zolecki.

“A lot of guys want to meet him,” Stott told Zolecki.

Stott tweeted about Caden and the home run on Monday, his father reached out, things picked up from there.

Awesome!! Send me a direct message and i'll see if we can get you guys down to meet some of the guys during BP🔔 https://t.co/wJh1jg9MM4

And for the Phillies as a whole, it's been an incredible start to June. After eking out a 6-5 win against San Francisco to stop the bleeding on a five-game losing streak, the call was made to fire Joe Girardi and promote bench coach Rob Thomson in the interim. The club has yet to look back.

Barring the outcome of Thursday afternoon's game, the Phils have gone on a six-game winning streak through taking that last game against the Giants, a sweep of the Angels, and two of three (at least) against the Brewers.

Stott, especially, seems to have turned a corner after clear struggles adjusting to the major-league level. Six games into June — again, barring Thursday's outcome — the 24-year-old top prospect is hitting a much improved .391 with three home runs, eight RBIs, and a 1.266 OPS.

Whatever it is, keep it coming.