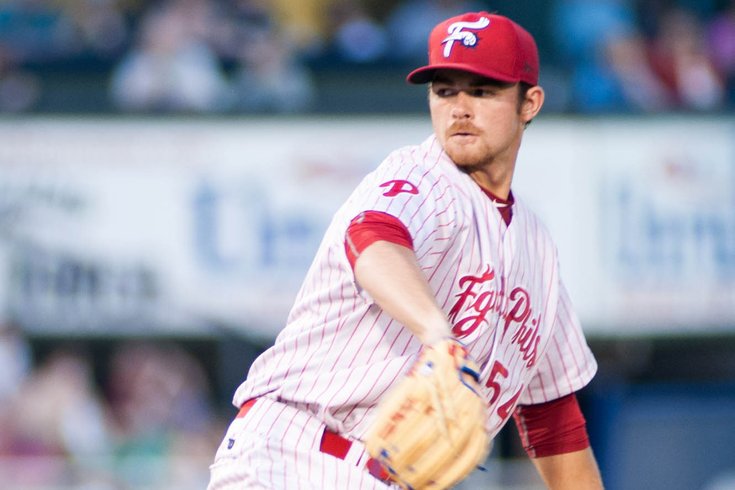 Former No. 1 pick Jesse Biddle is now a Pittsburgh Pirate.

Biddle had been designated for assignment by his hometown team last week and the Phillies had 10 days to trade, release or waive the lefthander.

In exchange for Biddle, the Phillies received righthander pitcher Yoervis Medina from the Pirates.

Biddle, 24, underwent Tommy John surgery in October and was removed from the 40-man roster on Friday when the Phillies claimed left-handed veteran reliever Bobby LaFromboise off waivers from the Los Angeles Angeles.

A Philadelphia native and graduate of Germantown Friends High School, Biddle was the Phillies' first-round pick (27th overall) in 2010. But he struggled to advance as a prospect in the last two seasons.

In 2015, Biddle was promoted from Double-A Reading to Triple-A Lehigh Valley in early July, but didn’t pitch too effectively throughout the season, going a combined 9-6 with a 4.95 ERA and 1.66 WHIP in 24 starts. Biddle was shut down in late August and the team announced that he would undergo surgery in October.

Biddle went 3-10 with a 5.05 ERA in 16 starts at Double-A Reading in 2014 and took what former general manager Ruben Amaro Jr. termed a midseason “mental break” after his early-season struggles.

“Any time we take somebody off the roster it's hard because you know you're dealing with another human being on the other end,” Klentak said. “Obviously, we as an organization and I personally am well aware that he's a local kid, a first-rounder. We invested a lot of time and a lot of money in him. Yes, that makes it difficult. But it's tough any time you take someone off. ... If we're able to slip him through waivers, we'll be happy to keep him. If not, we'll be happy to put him in an opportunity that is good for him."

The news that the Phillies had traded Biddle was first reported by philly.com on Wednesday morning. The Pirates, who will have to stash Biddle on their 40-man roster while he sits out the '16 season recovering from surgery, apparently had their eyes on the former top Phillies pitching prospect for some time.

Pirates GM Neal Huntington: “We have tracked Jesse for a number of years and felt the upside was worth the challenges."