Thrift store feels like a million (and one) bucks 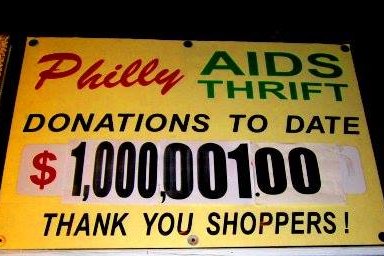 "It took us nine years to get here, so this was a big moment for us," Brennan told PhillyVoice.com. "The build-up to it, we knew by summer that we'd hit our million-dollar mark around January, but this was still quite satisfying."

The check, which actually put the total at $1,000,001 donated ("If you're going to get to a million, you've gotta go over it," Brennan said), was handed over to AIDS Fund at Saturday night's GayBINGO event.

Hitting the mark this particular week was, Brennan said, actually a bit of a surprise. Since opening a second location at the old Giovanni's Room space, management hasn't been certain of the store's financials for its one and only quarter. However, there was enough left over after all the bills were paid to allow for a $4,130 donation to AIDS Fund from that particular store -- just enough to make up for the roughly $4,000 gap that the main store's -- at 710 S. Fifth Street -- own $20,000 donation left unfilled.

And while we're on the subject, how is Giovanni's Room doing, you ask?

"We're building day by day," he said. "And hopefully we can get to a point during our second year where we can confidently say we're going to keep going forward."

Giovanni's Room is nothing if not a treasure in the LGBT community; it's been open since 1973, and caused a few feathers to ruffle last year when it nearly closed its doors for good. Philly AIDS Thrift @ Giovanni's Room is currently signed on a two-year lease, Brennan said, and will reevaluate how to proceed once they've entered Year No. 2.

But in the meantime, snaps all around for Philly AIDS Thrift. 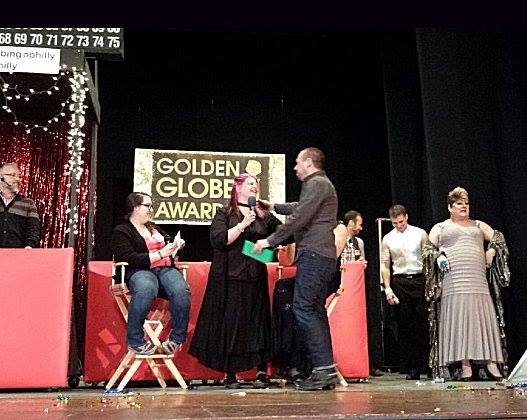 The handing-over of the check, as seen from the audience of GayBINGO on Jan. 10. / Courtesy: Philly AIDS Thrift