For Philly architect Cecil Baker, 'persuasion of place' is key

An interview with the designer for the upcoming Festival Pier project 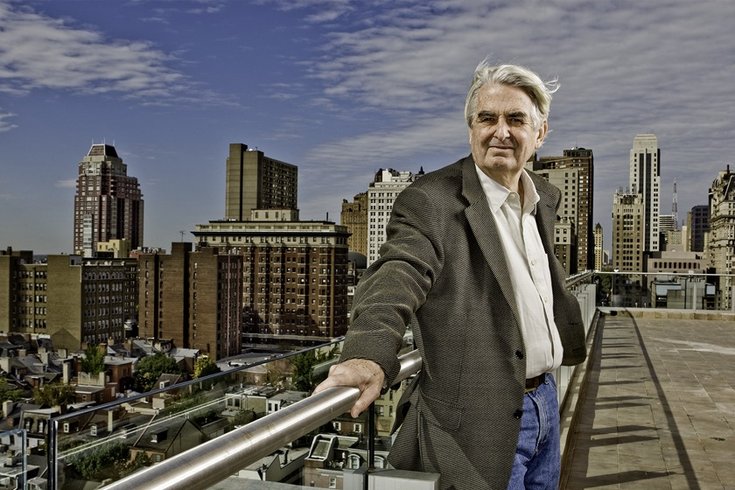 Architect Cecil Baker is designing a new project on the Delaware River waterfront.

When architect Cecil Baker gets to work on a new project, he lets the site speak for itself.

“When I begin a project, I’m looking for the persuasion of place – in other words, what is the place telling you?” he said.

The latest project to persuade him is Festival Pier, an ambitious plan to transform a post-industrial site in Penn's Landing into a thriving center for apartments, retail and public recreation.

The Delaware River Waterfront Corporation announced the 9.5 acre project on Spring Garden Street and Columbus Boulevard in October, and named Haverford Properties and Jefferson Apartment Group as developers. They in turn chose Baker as the lead designer, alongside architecture firm Olin. Born and raised in Argentina, the 74-year-old architect immigrated to the United States in 1959 and studied under the master Louis Kahn at the University of Pennsylvania.

PhillyVoice sat down with Baker to talk about his design philosophy, preliminary ideas for Festival Pier and why he actually likes government regulations. Here are a few excerpts from the conversation:

What’s the main idea behind your design plans for the space?

The idea is to bring the city to the edge of the river, and that’s where the public spaces occur. Coming from the river, how can you bring the sense of the river – the variation in tides, the plants at the edges of these tidal rivers – how can you bring that into the city? Also part of this is creating a window from Columbus Boulevard that gives you a sense of what the river’s all about. So it’s twofold: it’s, one, bringing the city to the edge of the river but also bringing the river back toward the city. At the apex of those two thrusts is where the public spaces occur.

York Square in Old City is one of the buildings designed by architecture firm Cecil Baker and partners. (Photo courtesy of Cecilbakerpartners.com)

What are some of your favorite projects that you’ve worked on?

That’s a difficult question for me because my favorite projects tend to be whatever I’m working on now, right at that moment. I was a developer for many years, and so I sort of understood the process from beginning right to the end, to the point where you’re selling whatever you’re creating. So I learned about patience and going through the whole process, and I always found out that any time there was a change was an opportunity for improvement. Rather than thinking it was a setback, I always think of change as something that offers the possibility of being better and doing something better.

I’m a great believer in – part of the persuasion of place is that any project fits within a democratic whole. That democratic entity – I come from Argentina, where democracy is kind of challenged most times. And the thing I love about this country is the fact that there are often very good reasons for the all the rules and regulations that we have. So they become part of the persuasion of place. They become part of our democracy. That’s as important a design element as the texture and nature of the ground that you’re building on.

So persuasion of place means that the site itself is persuading you to create a certain design?

It’s a dialogue. It’s the ground, it’s the people, it’s the context, it’s the city agencies, it’s the city neighborhoods. It’s a rich dialogue and I’m the kind of artist – generally speaking there are two kinds of artists. If you can, imagine an artist who is commissioned to do a sculpture in marble. Lots of artists will come up with a vision and then go to the marble and chisel it and make it that piece of sculpture. There’s also other artists that look to the piece of marble to inform him or her on what the sculpture should be. They look at the veins, they look at the colorations, so the marble becomes part of the art. It’s one of things that Kahn always talked about – let the material speak.

Can you talk more about studying for your master's degree in architecture under Louis Kahn?

I was not a good student of Kahn’s. I love his architecture and I love it because of its, for me it’s – forgive me – but it’s very manly architecture. It’s very bold … it’s self-affirming, it’s honest, it has tremendous integrity. There are no folds or side issues, it’s very direct and very iconic and poetic.

I believe that my task is to make my products simple. More about less and less about more. It’s less about what you add and more about what comes from the discovery of harmony, the kind of liminal silences that exist within static sculpture, which is what architecture is. The splendor of order, the equilibrium between what nature presents and what the architect does. It’s also about instilling poetic meaning in the everyday.

What’s your favorite building in Philadelphia?