Philly-area teacher will soon have a new class: the orphans of Haiti 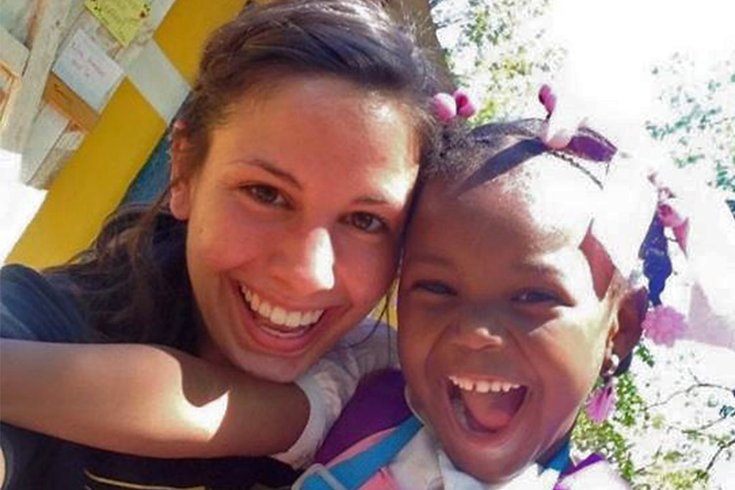 “I know I can’t change the whole world,” says Mary Beth Loeffler, who is heading soon to Haiti to open an orphanage for young women and their babies. “But, if I know that I can do a little thing and give a couple years of my life to this, they can go out and have the same effect."

For a recent college graduate, Mary Beth Loeffler was doing well, parlaying her degree at Franciscan University of Steubenville (Ohio) into a gig teaching theology at Archbishop Carroll High School in Radnor.

At age 22, not much older than her students, the Perkasie, Bucks County native and Lansdale Catholic graduate had already developed a strong teacher-pupil connection with her students when she shared the news that she was leaving for Haiti in December to run a start-up orphanage.

RELATED: Woman raises $$ for homeless man who helped her on Philly highway

When the students asked her when she was coming back, Loeffler’s response was “whenever I feel like God is calling me back home.”

Now, God was calling her to House of Hope, a donated building located 45 minutes outside the Haitian capital of Port-au-Prince.

Haiti is one of the poorest countries in the Caribbean and has been marred by political strife, corruption and natural disasters. Because of the rampant poverty, children are often abandoned and even those parents who choose to keep their children have few resources to care for them.

Girls are particularly vulnerable due to the misogynistic culture and many wind up having children at a very young age and dropping out of school. They and their children end up in orphanages.

Explained Loeffler, who recruited college friend Laura Pena as a partner in the mission: “A lot of the kids in orphanages have living parents but the parents either don’t want them or can’t take care of them because of that cycle of poverty and inability to care for their kids.”

House of Hope will be home to boys and girls from newborn to four years of age. But it will primarily act as a training and educational hub for girls up to the age of 18. The house will create jobs by hiring women from the local community to handle domestic chores like cooking, sewing and cleaning and these women in turn will teach the girls those skills.

As the house grows toward its goal of 42, more women will be employed and more girls will leave with those life skills.

“If we can find a woman in the community who can teach these skills to the girls, that’s another job created, without falling back into destitution and prostitution," Loeffler said. "They can change the world in their own little way.”

Loeffler makes it clear that by going to Haiti, she is not running from anything, but journeying toward a longtime goal to make a small but poignant difference in a place off the radar.

“I have a lot of life ahead of me. You can’t make decisions out of fear. There are so many uncertainties with this." – Mary Beth Loeffler

“I know I can’t change the whole world,” she explained. “But, if I know that I can do a little thing and give a couple years of my life to this, they can go out and have the same effect. If we all did our own little part, the whole world would actually change. It really would.”

“My house was always full of kids growing up,” said Loeffler, the third of four siblings. “From a really young age, my parents taught me that my foster brothers and sisters were my family. I was at an age where I accepted that without hesitation. So, when Jordan died and we stopped taking in foster kids, it was a really hard time for me and I felt isolated. Service work, I think, was a way for me to get outside of myself.

“So, I guess, in the seventh grade, that choice became obvious to me.”

'I CAN MAKE THE DIFFERENCE'

While she had done missionary work in Kentucky, Loeffler’s eyes were opened in the summer of 2012 during a week-long mission trip to Uganda, where she saw “extreme poverty” for the first time.

“It struck to the core of my own good fortune,” she explained. “It’s not like my family is really wealthy or anything, but we have toilet paper. We have running water. We live such a sheltered life. My mind was blown.

“I will never forget that poverty, that suffering.”

In 2010, during spring break of her sophomore year of college, Loeffler first visited Haiti when it was still recovering from its devastating earthquake, and she fell in love with the hard-luck country and its people.

She recalled: “The natural beauty contrasted so sharply with the poverty. They emphasized each other even more. It was more beautiful, and yet more poor, at the same time. It was just very interesting.”

Loeffler is raising funds for her mission to help pay for her food, clothes, medical care, supplies, travel and student loans. She has raised $13,785 (goal of $20,000) through a YouCare campaign and has a Facebook page (House of Hope: Help Mary Beth and Laura Open an Orphanage) set up for the cause.

“As long as I can afford to stay there, and I feel like I can make the difference that I need to be making, then I’m going to continue to stay there,” she said. “I have a lot of life ahead of me. You can’t make decisions out of fear. There are so many uncertainties with this. I haven’t even seen the place I’m going to live. What do I know about opening an orphanage? What do I know about life in general? There is uncertainty in everything.”

One thing is certain. Loeffler intends to makes a difference to the children of Haiti.