Ruben Gallego speaks out as group continues with acoustic tour 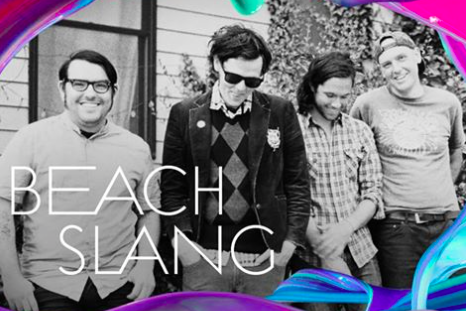 The former guitarist of Philadelphia-based indie punk band Beach Slang has issued a response to his ouster and the hovering allegations that he sexually assaulted a woman four years ago.

Beach Slang announced Tuesday that it could not "in good conscience" continue with guitarist Ruben Gallego, who has been with the band since it formed in 2013.

"We believe survivors and we want to believe Ruben, but until we learn more information, we don't feel it's appropriate for him to be a part of Beach Slang," the band said. "We strongly support survivors and organizations such as www.rainn.org and we encourage you to use their resources if you need help."

Fresh off the release of new album "A Loud Bash of Teenage Feelings," Beach Slang will play their scheduled tour acoustically as "Quiet Slang" behind lead singer James Alex.

In a statement to Pitchfork on Wednesday, Gallego said he felt his former bandmates did the right thing, even though he disputes the nature of the allegations, which have not been publicly disclosed.

"Although I do feel like what’s being said about me is inaccurate it’s irrelevant," Gallego told Pitchfork. "I think it’s totally possible for people to see a situation completely differently and if this person feels I harmed them then that’s what I care about and I want to make that right."

Beach Slang played at the Electric Factory on Oct. 8 and will continue touring in the United States for the rest of the month before heading to Europe in November.