This Philly biotech company wants to revive the dead 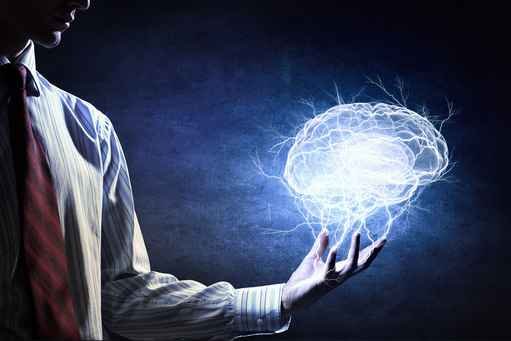 The emerging science of regenerative medicine, a broad interdisciplinary field encompassing both stem-cell biology and reparative tissue engineering, has increasingly become a beacon of hope for those who believe the basic limits of human life are open to clinical intervention.

Generally speaking, the most jaw-dropping headlines in this realm center around advances in 3-D bioprinting and the capacity for nanotechnology to play a regulative role in the behavior and fate of stem cells.

But there's always a slippery slope to sensationalism when it comes to explaining these concepts outside of a lab setting.

BioViva USA, a gene therapy company that claims it can reverse aging, last year drew a stinging rebuke from MIT Technology Review: a "new low in medical quackery," the journal said of the company's overseas clinical test to lengthen telomeres, which cap our chromosomes and gradually wear down as we get older.

The straight face it must take to say you're working on a way to revive the dead is hard to fathom, but that's exactly what Philadelphia-based Bioquark, a biologics and disease reversion company, pulled off when it announced last month it had received American and Indian IRB approval for the first-in-human brain death study.

“We are very excited about the approval of our protocol,” said BioQuark CEO Ira S. Pastor. “With the convergence of the disciplines of regenerative biology, cognitive neuroscience, and clinical resuscitation, we are poised to delve into an area of scientific understanding previously inaccessible with existing technologies.”

Bioquark specializes in combinatorial biologics, which approach regenerative science from a micro-environmental perspective. The goal is to develop biochemical substances that can alter the regulatory states of cells in specific organs and tissues, potentially addressing the underlying dynamics of disease, aging and other complex molecular processes. Much of the research is inspired by regenerative and epimorphic capabilities found in many amphibian and fish species.

The company's first tissue regulatory state modifier, BQ-A, mimics the biochemistry of the living human egg immediately after fertilization and has been tested in various animal models to validate the concept of tissue remodeling. BioQuark has administered BQ-A in mice to address traumatic brain injury, melanoma, skin wrinkling, hair loss and aging. Ultimately, Bioquark envisions BQ-A as a therapeutic tool for cancer reversion, organ repair and regeneration, and the treatment of consciousness and brain death disorders.

That last target is the subject of Bioquark's upcoming trial in India with partner Reviva Life Sciences. The first phase, which falls within the portfolio of Bioquark's Reanima Project, will involve 20 patients who have been declared clinically dead (i.e. brain dead) but remain on life support.

Patients will receive daily peptide injections directly into their spinal cords to go with biweekly stem cell treatments, according to the New York Daily News. They'll also receive stem cell injections in the brain along with laser and nerve stimulation techniques used to awaken comatose patients. For a six-month period, the patients will be observed for signs of regeneration in the upper spinal cord, which regulates respiration and heartbeat.

"Through our study, we will gain unique insights into the state of human brain death, which will have important connections to future therapeutic development for other severe disorders of consciousness, such as coma, and the vegetative and minimally conscious states, as well as a range of degenerative CNS conditions, including Alzheimer's and Parkinson's disease," said Dr. Sergei Paylian, Founder, President, and Chief Science Officer of Bioquark Inc.

Bioquark has produced a variety of articles and presentations on its biologics research, which it hopes will not only revise conventional wisdom about the human life cycle, but also help minimize the growth of healthcare costs for various medical treatments.

Some may question the financial, ethical and moral dimensions of Bioquark's research (not to mention comparisons to "The Walking Dead" and other risible scenarios), but Pastor sees it as a necessary step to attract a sustainable market for investment in regenerative and repair-based medicine.

"You have the two 'R's," Pastor told the Philadelphia Business Journal in 2014. "Regeneration is the sexy one that conjures up the major dreams. The other 'R' is repair, where the market is ten times higher."

The brain-death study also moves us closer to a glimpse at the personal ramifications of advancements in these related fields: the possibility of hope for those whose family members are trapped in a comatose state.

"If someone wants to criticize us for helping the family whose 3-year-old accidentally drowned in the pool, or whose 16-year-old flew off a motorcycle with no helmet on, who do not accept the statement, 'Sorry, there is nothing else we can do for them,' from a global modern medical establishment that generates $7 trillion annually, then so be it," Dr. Pastor told Nature World News. "It's not 'playing God,' we're just helping him out a bit."