Retail, real estate and tourism industries among those hurt by COVID-19 crisis 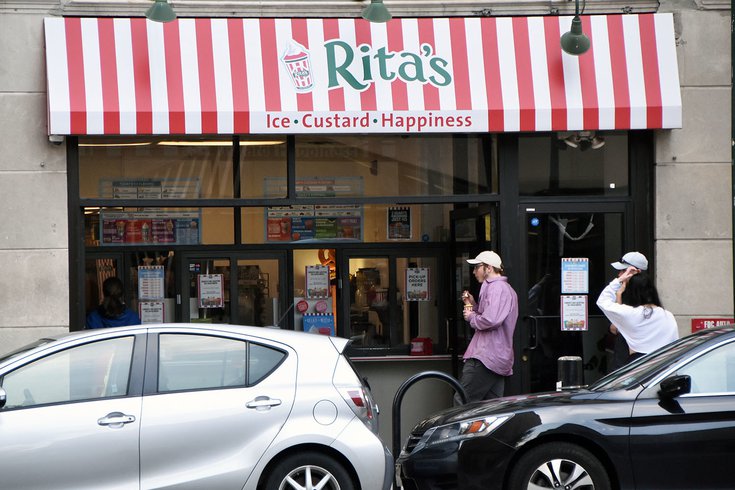 Philadelphia is gradually reopening amid the COVID-19 pandemic. But business experts say the economy will not recover until consumers feel comfortable leaving home.

As Philadelphia moves into the yellow phase of Pennsylvania's reopening plan, which now includes outdoor dining, a big question remains: how much will the ongoing coronavirus pandemic affect the local economy?

"People aren’t spending money," Rogers says. "This pandemic has accelerated the movement away from brick and mortar to online," a trend many mom-and-pop shops had been contending against long before the public health crisis.

According to a new Deloitte report, nearly half of U.S. consumers are delaying large purchases because of the economic fallout and associated job losses.

Instead of buying, Rogers says, people are saving about 30% more.

For retail businesses to woo back these consumers, he says two things are necessary: people must feel comfortable going out to shop for more than essentials like food, and they need to know they will maintain earning power in the coming months. In other words, they can’t worry about being laid off or furloughed.

The impact of COVID-19 is far reaching. Not only has retail suffered its biggest slump since the Great Depression, real estate also is being impacted, with an anticipated shift away from the urban centers hardest hit by the coronavirus.

To put this into perspective, consider that cities are home to about 60% of the global population. In a city like New York, infection rates were five times higher than the national average. This risk could prompt nearly one-third of Americans to relocate to less populated areas.

Rogers anticipates this shift could be one of the biggest changes the Philadelphia region sees, with real estate demand and subsequent prices decreasing in cities and increasing in the suburbs.

This is bad news for a city like Philadelphia, which relies on tax revenue from retail sales, real estate and city wages. The proposed budget already slashes many vital programs, and Rogers says this could get much worse without financial help from the federal government.

'Every single sector has some losses'

The impact of COVID-19 on workers is also impacting the economy in different ways.

The Federal Reserve considers about 23% of workers in the Third District – which includes Delaware and portions of Pennsylvania and New Jersey – as at-risk. These 2.5 million workers are the most likely to feel the economic impact of the virus, especially when it comes to closures, social distancing and restructured business practices.

“Millions of people have already lost their jobs. More people will be prudent about how they should be spending their money.” – Ryo Tashiro, Federal Reserve Bank of Philadelphia

Though 2020 started with a strong economy fueled by a steady market and low unemployment, the COVID-19 crisis changed everything, according to Ryo Tashiro, regional economic advisor at the Federal Reserve Bank of Philadelphia.

"Some were having the best first quarter ever," Tashiro says. "Now when I ask business owners how they will be going forward, very few are thinking it’s business as usual."

In fact, he says most are bracing for their worst year ever.

"Uncertainly plays a big role in this," Tashiro says. "Millions of people have already lost their jobs. More people will be prudent about how they should be spending their money."

The vast majority of workers are "hurting a lot," especially those in entertainment, hospitality and tourism, he says. Meanwhile, small segments of the economy, like food retail and e-commerce, are doing well.

In Pennsylvania, the hotel, tourism and hospitality industry lost 350,000 jobs between February and April, according to his research.

"Every single sector has some losses," Tashiro says. "Losses we haven’t seen before."

Air travel, for example, is down by more than 90%. And in retail, there was a 90% reduction in clothing sales in April compared to just two months earlier. “It’s the worst decline we’ve seen in decades, if ever,” he says.

Given the information currently known about the coronavirus, Tashiro predicts that the economy will begin to improve when consumers feel comfortable spending money and actually going into brick and mortars again.

Among workers, an unequal risk

As Philly slowly reopens, businesses are rethinking the way they operate, adopting Centers for Disease Control and Prevention guidelines about cleaning, face masks and social distancing. Each of these things will have an impact on whether consumers will feel comfortable enough to shop.

Tashiro is not convinced that consumers will rush back to their old ways simply because the government says cities can reopen again.

"Consumers are more mindful," he says. The uncertainty of when the COVID-19 crisis will end, including the search for a vaccine and effective treatments, is having a major impact on everything from real estate to retail. It's even changing the way people work, with nearly two-thirds of Americans now working from home.

As states reopen, a big concern is whether infections will spike this summer and in the fall. Another wave of infections could have very lasting effects and do deep damage to the economy, Tashiro says.

"It would be devastating," Tashiro says. "Consumers in general are cautious about what they should be doing right now. We can only imagine what another outbreak would do psychologically."

As outdoor dining kicks in along Rittenhouse Square and more people can be seen on the streets throughout Philly, Tashiro has reservations about what could happen next.

"I highly doubt activity will go back to what it was in February," he admits. He notes the impact is still being felt across the board, but particularly among people working low-income jobs and households that are non-white.

He says that at-risk workers are more likely than lower-risk workers to be under 25, non-white or Latino, and to be hit very hard by this pandemic, particularly since they are much more likely to not have health insurance.

"This pandemic is not affecting everyone equally," Tashiro says. "Those being impacted most are the ones that can least afford to be in the situation. We do have to be thinking about going forward with recovery: what can we do, how can we think about folks who are already in a vulnerable situation?"