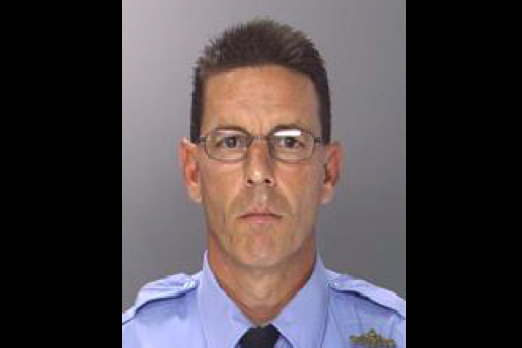 Officer Joseph Sees was taken into custody by Bensalem Police.

A Philadelphia police officer, arrested while off-duty on Thanksgiving Day following a domestic dispute with a Bensalem woman whom he allegedly struck in the face, has been suspended and faces dismissal.

According to an arrest warrant, the dispute began when Police Officer Joseph Sees allegedly drove the woman to her Bensalem apartment while drunk and was "driving out of control and aggressively." The woman, who sustained what may be a broken nose, told police that Sees' drunken driving happened before, according to the warrant.

Neighbors in Bensalem called the police to Newgate Court apartments due to “violent sounds,” according to a release from Philadelphia police.

The officer who responded wrote in his arrest warrant that it appeared the woman had been punched. She had a bloody nose and multiple facial scratches.

The woman told the arresting officer from Bensalem that she and Sees had been out drinking.

She allegedly told the Bensalem officer that Sees drove home dangerously drunk, which sparked a verbal altercation, and that they had argued about Sees driving drunk previously.

When they arrived outside her home, the woman said she went to her apartment by herself. Sees followed her and allegedly hit her before leaving, police said.

Sees, 48, a 17-year veteran of the Philadelphia Police Department and a resident of Philadelphia, was taken into custody and charged with assault and harassment.

Philadelphia Police Commissioner Charles H. Ramsey has suspended Sees for 30 days with the intent to dismiss.